10 Traditional Greek Christmas Sweets to Fall in Love With 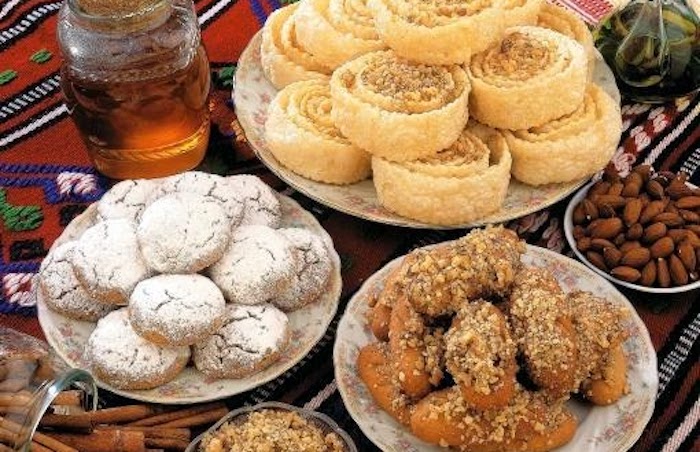 Christmas sweets in Greece can be a tradition throughout the whole country… or just limited to one region only. What they do have in common though, is that they bring us back and remind us of our warm childhood memories. The aromas alone help us remember that it is a very special time of the year.
Here’s a list of ten different Christmas sweets made famous in Greece; the first five being the most popular ones. 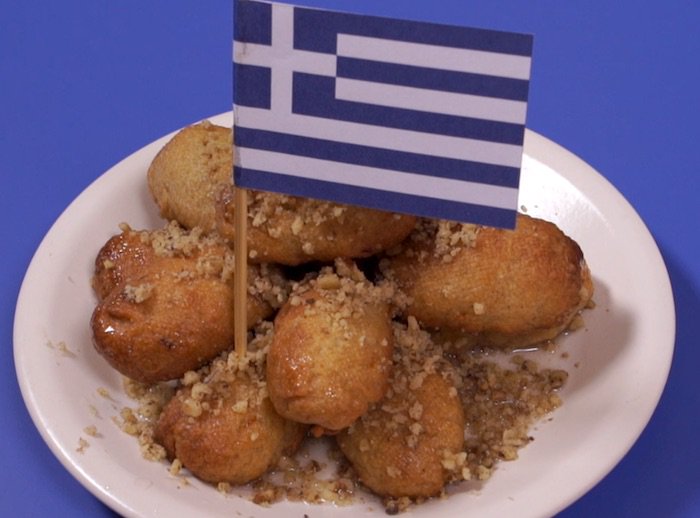 Melomakarona, the most traditional of all Christmas sweets, will most likely be found in nearly all Greek households during the holiday season. If you would like to try making them at home, take a look here, or if you are interested in finding out the fat and calorie content, then take a look here.


Kourabiedes are delicious shortbread-type cookies made with butter, flour and sugar. They are quite easy to make, and it is even easier for them to disappear from the plate. They taste better if made at home, trust us.


Diples are fried folded pieces of dough served after being drizzled with honey syrup. Some people also love to sprinkle them with chopped nuts. This dessert’s roots come from the Peloponnese, but it is eaten with the same enthusiasm all over Greece.


This sweet spiritual Christmas bread, although not commonly seen, can contain ingredients such as raisins, cinnamon and even anise. It’s prepared with care and baked with love since, as its name Christopsomo suggests, it is Christ’s bread. Families prepare it on Christmas Eve and then serve it at the Christmas Day table, so as to bring blessings to the whole family. 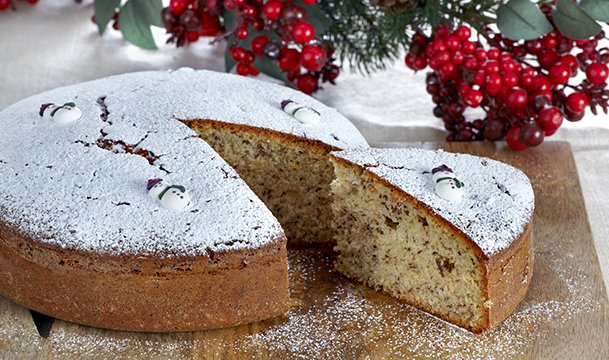 This New Year’s Day sweet is adored by everyone, especially kids, in most every Greek household. The Vasilopita cake is popular not only in Greece, but in other countries throughout the Balkans as well. Vasilopita, which resembles a pound cake, is cut on New Year’s Day, and is always baked with a hidden coin inside.
On New Year’s Day when the Vasilopita is cut and served, tradition dictates that the person who receives the piece with the coin in it is said to be the lucky one. Along with ‘winning the coin’ today, ‘the lucky one’ will also have good luck for the rest of the year, as well.

The five sweets mentioned above are the ones we are fortunate enough to find every year at our table, along with baklava, and possibly even with loukoumades! However, there are other sweets that are made in Greece, some that not every Greek is even aware of.
These include:


Mamoulia are a type of filled pastry that locals from Chios prepare, using traditional ingredients such as nuts and almonds and sometimes masticha, as well. Mamoulia are very popular on Chios, but can be found on several other of the Greek islands, as well.


This recipe originally arrived in Greece with the Pontic Greeks. When the Pontians arrived, they brought a special pair of kitchen tweezers with them, so as to make the design on each one of these sweets. Pontic Isli are very similar to melomakarona; the difference being that they have a walnut heart inside them, which makes them irresistible.


White powdered sugar, which reminds us of snowy mountains, is an added bonus that many Greek Christmas cookies share. Mamounia, originating from the island of Limnos,  are extremely sweet since before being sprinkled with icing sugar, they are dipped in syrup.


These chewy pieces of heaven from Arcadia are extremely sweet, with intense nutty flavors. Some describe them as “kourabiedes with nuts,” and although they have a lot of similar ingredients, the original recipe also adds a good quantity of spices as well, such as clove and cinnamon.
This delicacy is called Karydata in other regions, and people prefer to add marmalade to them, instead of icing sugar on top.


Psarakia, Christmas cookies that can be either baked or fried, are filled with walnuts and come from the island of Tinos. They are named Psarakia (“little fish”) because in some households they are made in the shape of fish. Whether baked or fried, people always serve them sprinkled with icing sugar.