President Anastasiades: Friday's Meeting with Akinci Important in Setting Foundation for 'Territorial adjustment and the issue of security' 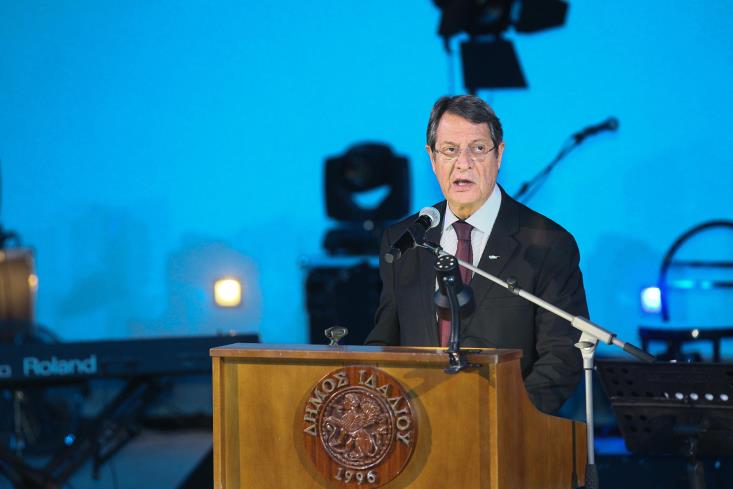 The President of Cyprus Nicos Anastasiades said his forthcoming meeting on Friday with Turkish Cypriot leader Mustafa Akinci will be very important with regards to the territorial issue, properties and guarantees.
Speaking on Wednesday evening, during a reception at the Presidential Palace, to honor participants at the Overseas Cypriots conference, the President said that the Friday meeting “is very important, as is the ongoing intensive dialogue that will follow.”
He also noted that Friday marks not the final stage, but rather the beginning of an exchange of views “in order to see how each side addresses issues such as territorial adjustment and the issues of security and guarantees.”
On security, President Anastasiades noted that “the security of the one side should not be a source of threat for the other,” something, he said, that has been also acknowledged by the Turkish Cypriot leader.
This, however, is a matter of concern for the Greek Cypriot community, which shoulders the burden of Turkey’s invasion, of the continuous presence of Turkish occupation troops and of developments in Turkey, the President noted.
Cyprus has been divided since 1974 when Turkey invaded and occupied its northern third. UN-led talks between President Anastasiades and Turkish Cypriot leader Akinci have been underway since May 2015, aiming to reunify the island under a federal roof.
Source: CNA