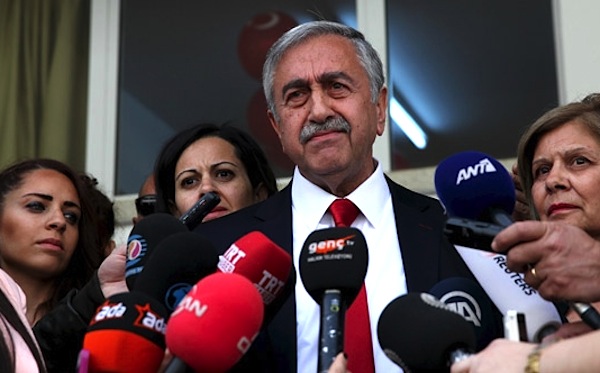 Former “Mayor” of the northern Turkish-occupied part of Nicosia Mustafa Akinci is the new Turkish-Cypriot leader.
With 98% of the votes counted, Akinci got 60,38%, corresponding to 65,412 votes. Incumbent Turkish-Cypriot leader Dervis Eroglu got just over 39,62% (42,920 votes).
Akinci was born in the southern coastal town of Limassol in 1947 and studied architecture. In 1976, at the age of 29, he was elected “Mayor” of the northern Turkish-occupied part of Nicosia. This is the third time he has run for the leadership of the Turkish-Cypriot community.
Cyprus’ Spokesman: We Welcome the Choice of Akinci as Turkish-Cypriot Leader
“The Republic of Cyprus welcomes the choice of Mustafa Akinci as the leader of the Turkish-Cypriot community, a man who, through his public discourse and declarations, has referred to the need for reunification of the country,” government spokesman Nicos Christodoulides has told CNA.
Christodoulides, who was asked by CNA to comment on the result of today’s vote in the Turkish-occupied areas of Cyprus, said that Cypriot President Nicos Anastasiades “just had a telephone communication with Mr. Akinci, during which he congratulated him.” Both leaders, he added, “expressed the wish to work for the reunification of our country.”
(source: CNA)