Nicos Anastasiades to Send Proposals for the National Council 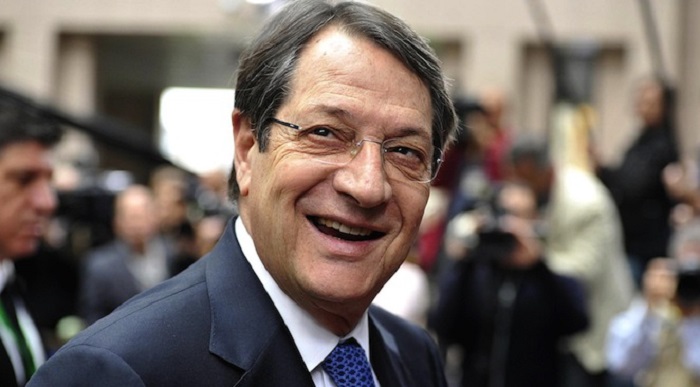 President Nicos Anastasiades intends to send proposals to the parliamentary parties as regards the restructuring of the National Council, his top advisory body on the Cyprus problem comprising the parliamentary parties.
Political parties have been criticizing the President for not calling a Council meeting about the ongoing UN-backed talks for the Cyprus issue.
According to a written statement issued by Deputy Government Spokesman Victoras Papadopoulos, the President, within next week, will be putting on the table proposals on the restructuring of the National Council in order to safeguard the advisory role of the Council but mainly to protect its effectiveness and confidentiality.
The President, according to the statement, in response to criticism by various political forces, wishes to reiterate once again that he is not going to be involved in any secret diplomacy or conceal what will be eventually agreed.
He acknowledges, the statement reads, that the solution of the Cyprus problem is not only a matter of two community leaders, but primarily of the peoples of Cyprus, who will be asked to accept or reject any agreement.
The statement points out that the President wants to make it clear, once again, that no solution will be put to a referendum, unless it answers the concerns of the Greek Cypriots.
The President expresses hope that through the intensified dialogue, to which he agreed with the Turkish Cypriot leader Mustafa Akinci at their meeting on June 8, a solution could be reached within 2016, if the expectations of the Greek Cypriots are met and those of the Turkish Cypriots are not bypassed.
Anastasiades, according to the statement, points out that a solution that will adopt and respect everything that was agreed upon and will be based on the relevant UNSC resolutions and the EU principles remains the ultimate goal.
The President calls on all political parties to avoid any conclusions that create negative images for the Cyprus problem.
Cyprus has been divided since 1974 when Turkey invaded and occupied its northern third. Peace talks under the aegis of the UN are underway with the aim to reunite the island under a federal roof.
Source: CNA