42nd Anniversary of the Turkish Invasion of Cyprus Remembered [photos] 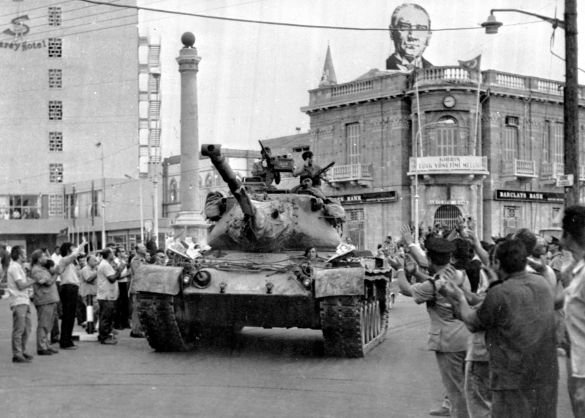 On July 15, 1974, the Greek military junta known in Greece as “The Junta,” attempted a coup by Greek Army officers in Cyprus to achieve the reunification of Cyprus with Greece.
A mere five days after the coup attempt, Turkey sent in troops in fear that a unified Greece and Cyprus would threaten the Turkish-Cypriot community. The result was a partitioning off of the island, with the northern third a Turkish Military occupied land under military rule. 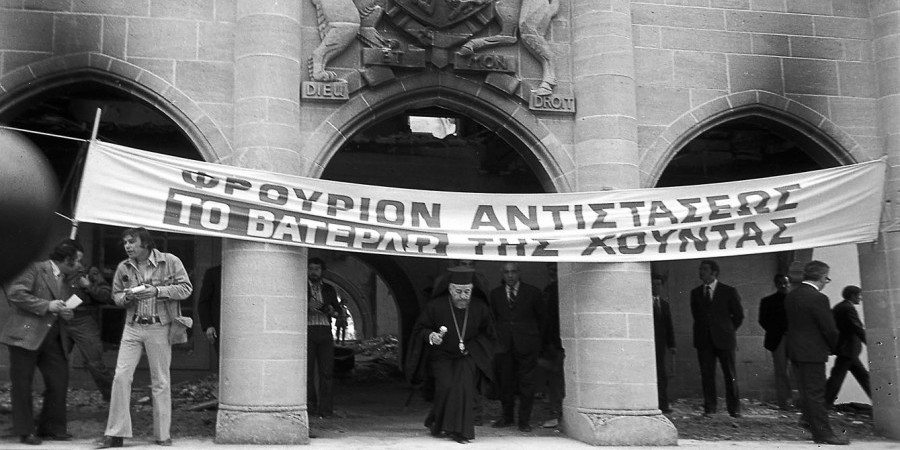 As the Greek military junta collapsed on July 24, 1974 under the pressure of the Turkish invasion of Cyprus so did any attempts at a coup to unify Greece and Cyprus.
During the early days following the occupation, a diplomatic solution was sought by British diplomats, however, it quickly became evident that diplomacy would not put an end to the military occupation of the northern third of the island by the Turkish military. 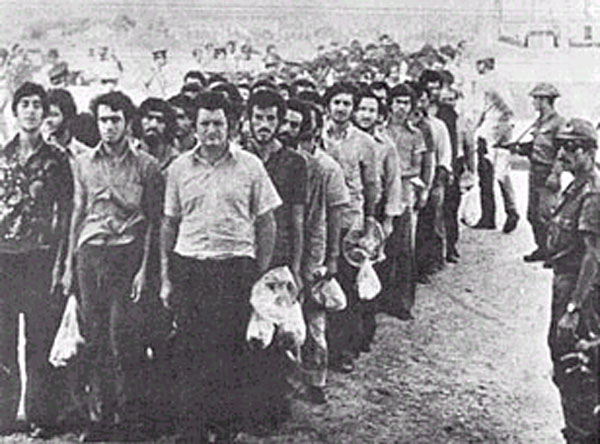 On August 13 the Turkish Prime Minister, Turan Gunes, brought to the table a plan to divide the respective enclaves into cantons, and although the Greeks, British and Americans saw this as unlawful and unreasonable, the following day Turkish occupied forces advanced to take over 36 percent of the island of Cyprus.
The division of the island extends from Morphou in the west, through Nicosia to Famagusta and has a buffer zone that UN peacekeepers have been looking after ever since the invasion, 42 years ago. 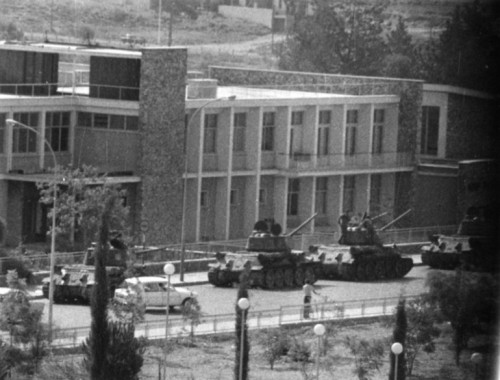 By 1974 the Turkish invasion of Cyprus had resulted in the loss of 3,000 lives and thousands injured. Until this day there is still unconfirmed accounts of how many people went missing.
In February 1975, less than one year after the illegal occupation of the island, Turkey announced the occupied land as the so-called “Turkish Federated State of Cyprus,” and appointed Turkish-Cypriot leader, Rauf Denktash as President. 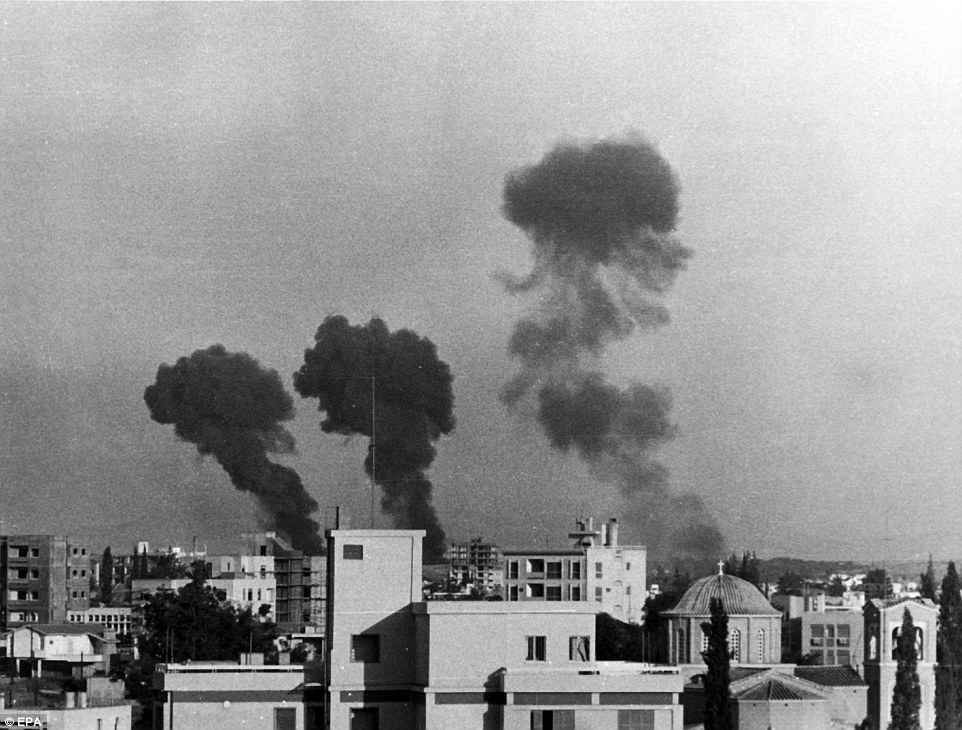 In 1983 Turkey made a unilateral declaration of independence as the so-called “Turkish Republic of Northern Cyprus,” however, until today Turkey is the only nation to acknowledge this claim.
Since 1975 Turkey has brought over many additional immigrants to increase the Turkish population and work force, many of which are members of the Turkish military.
On kypros.org website it says that there are “1,619 missing persons…This number includes not only soldiers, but also civilians and among them women and children, who disappeared consequent to the Turkish invasion of Cyprus in 1974.”
It then adds: “These missing Greek-Cypriots were arrested by the Turkish army and/or by Turkish Cypriots under the control and command of Turkey’s armed forces. Subsequent to their arrest, many were transported to Turkey and kept as prisoners in Turkish jails.” 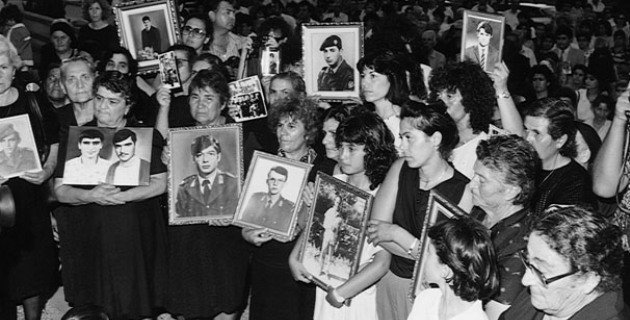 In spite of involvement from human rights organizations such as Amnesty International, the creation of the Committee of Missing Persons in Cyprus, interjection by the Secretary General of the United Nations and the UN Commission on Human Rights, many families continue to live a nightmare as they have no closure because they still do not know what exactly happened to their loved ones and where their bodies are located. 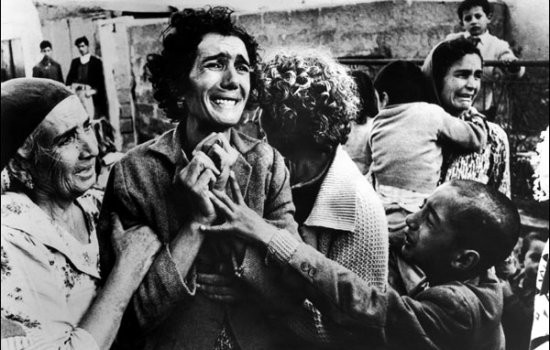 UN-led talks aiming to resolve the conflict of the island and to dissolve tension between Greek-Cypriots and Turkish-Cypriots have been ongoing since 1980 in what is now referred to as the Cyprus Talks.
Although there is still hope that a resolution to the Cyprus Conflict can be found, perhaps as soon as this year, the talks are at a crucial point and have come close to a solution in the past, never accomplishing a peaceful agreement between the Turkish-Cypriots and Greek-Cypriots.