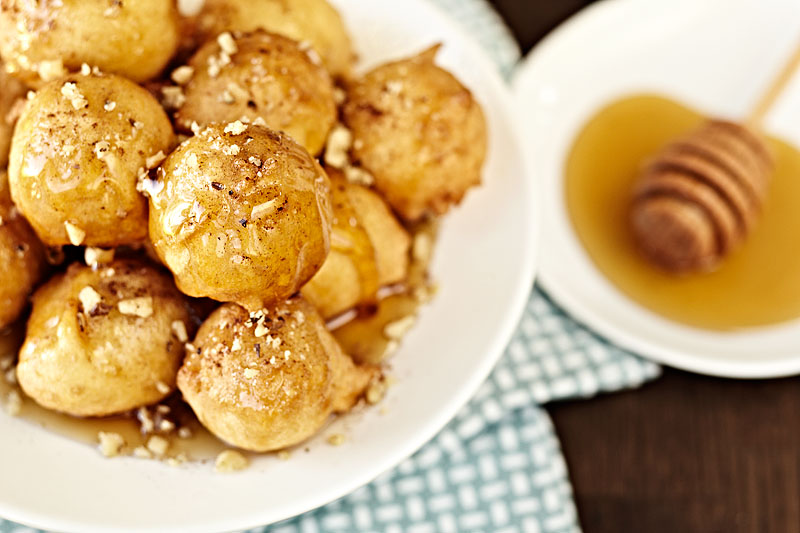 Greek police have broken up the “loukoumades mafia” which has been operating in numerous locations across Chalkidiki in Northern Greece.

The criminal network was exploiting migrant workers, forcing them to sell the traditional Greek sweets to bathers on popular beaches under threat of violence.

Charges were filed against twelve Greek nationals between the ages of seventeen and fifty-two years old, accused of extortion, human trafficking, violation of the law for weapons, participation in a criminal organization, and laundering money from criminal activities.

The 39-year-old head of the criminal ring remains in custody pending trial while the rest of the accused were bailed under restraining orders.

As part of the group’s illegal action, the 39-year-old “loukoumades mafia” mastermind forced migrants to work on his behalf as street food sellers, without a license from the competent authority, on nineteen beaches of Chalkidiki.

In order to own and exclusively exploit the most profitable spots of crowded beaches, the loukoumades mafia ring resorted to extortionate methods and practices, Hellenic police explained in an announcement.

In particular, it was established that in at least seven cases, the members of the criminal group used threats against life and physical integrity, caused bodily harm, and used firearms against other sellers of junk food, owners of coastal health shops, and employees of private companies security.

Loukoumades are among the most beloved traditional Greek desserts, dating back to antiquity.

Greek poet Callimachus (310-240 b.C.) referred to them as “honey tokens,” emphasizing that that they were first served to the winners of the Olympic Games.

Thanks to its easily accessible, inexpensive ingredients of flour and sugar, loukoumades became increasingly popular in post-WWII Greece.

The heavenly fried dough, served warm with honey and drizzled with walnuts and cinnamon or even sesame seeds, is now widely accessible as a street food.

They are often elevated to a more gourmet level, served or filled with praline or vanilla cream and all sorts of various flavors.