A Greek region has won a top European award for the quality of its food.
The International Institute of Gastronomy, Culture, Arts, and Tourism (IGCAT), with the support of different European institutions, has awarded the South Aegean Region in Greece the title of European Region of Gastronomy 2019.
Previous winners include: Catalonia (Spain 2016); East Lombardy (Italy 2016); Aarhus (Central Denmark 2017); and Galway (East Ireland 2018).


The main goal of the awards is to foster gastronomic innovation alongside sustainable tourism. As the European Region of Gastronomy explains: “The award wants to be a stimulus to link food, hospitality, tourism, culture, health, and sustainability while supporting economic, cultural, social and environmental development.”

This recognition represents a unique opportunity to bring out regional quality ingredients, such as cheese, olive oil and wine.
Within this frame, and in order to promote the local culture, the region will host a program of gastronomic events during 2019.

The South Aegean region comprises the Cycladic Islands and the islands of the Dodecanese with its capital on the island of Syros and is divided into 13 regional units around these major islands: Andros, Kea-Kythnos, Syros, Thira (Santorini), Milos, Mykonos, Naxos, Tinos, Paros, Rhodes, Kos, Kalymnos and Karpathos.
Such a diverse landscape of islands result in very different products and unique climatic traits that define the character of over 50 inhabited islands, each of them with its own folklore and identity as far as food is concerned. 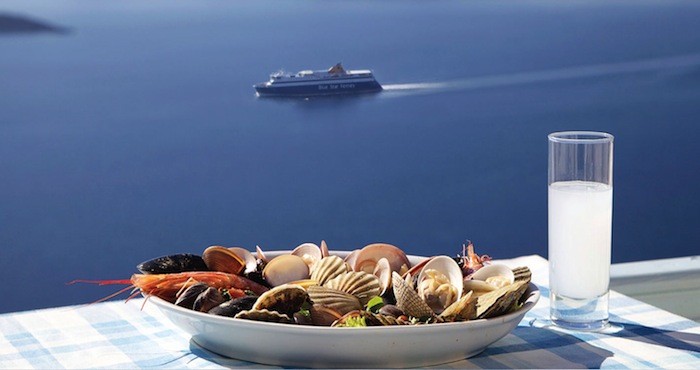