No State Funding For Archaeological Digs 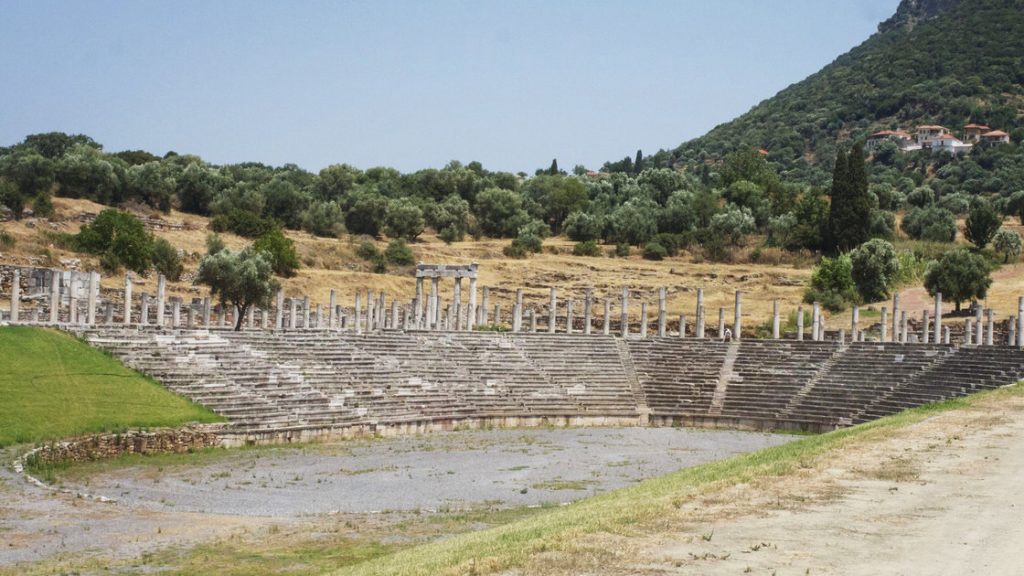 The glories of the ancient past remain perhaps the greatest source of national pride in Greece. And in the past, the government could support archaeological research and digs. But the debt crisis and subsequent austerity budget has slashed the Culture Ministry’s budget in half since 2010. So more and more, Greek archaeologists are scrambling for private funding to underwrite their work, npr.org says in a recently published article.
They face strict laws mandating national ownership of the country’s 19,000 archaeological sites. And these days it’s hard to find sponsors, who have also been hit by the recession.
Archaeologist Xeni Arapogianni made an important discovery in Ancient Thouria, a city-state referenced by Homer and located near the southern Greek city of Kalamata. But, facing austerity budget cuts, she is struggling to finance her work.
“We don’t have any support from the state or the Greek archaeological society,” she says. “So we have to get all of our support from private sources,” including a tobacco heiress and local donors from Kalamata, she mentioned to npr.org in an article under the title “Archaeologists Chase Private Funds To Preserve Greek Antiquities.”
It’s enough to pay for a couple of workers. Arapogianni, who was forced into early retirement in 2011 because of austerity measures, works without pay.
She says she is looking at another site, Ancient Messene, about 18 miles north of Ancient Thouria, for inspiration.
Theban general Epameinondas founded Ancient Messene in 369 B.C. after defeating the Spartans. Petros Themelis began excavating there in 1986, almost exclusively with private funding. It’s now one of the most popular sites in Greece.
“You can’t excavate without private funding,” said Themelis.
Running the site costs more than 500,000 euros a year. Half of the funds come from the European Union, but the rest comes from bank foundations and ship owners courted by Themelis.
“They come here during the summer, they visit me here,” he said, passing an ancient road and a nearly Christian basilica. “I guide them, they are very enthusiastic.” Then he sends them applications to fund excavations and restorations.
Themelis is also partnering with Costa Navarino luxury resorts so tourists can pay to work as “archaeologists for a day” at Ancient Messene. And he rents out the ancient theater for events, such as a recent staging of “The Woman of Zakynthos” by Greek writer Dionysios Solomos.
After the play, a tall, bearded olive-oil exporter named Giorgos Dinardakis walked out of the theater impressed with its condition.
“I’ve been at other sites, such as Sparta, and they’re abandoned,” he said. “This site looks alive.”
Dinardakis added he’d even like to see private companies managing sites, especially those that aren’t as well known. But he noted that most Greeks don’t trust the private sector, even as their faith in the state is at an all-time low after the economic crisis.
“They think a private company would hike up admission prices or allow inappropriate activities or generally disrespect the antiquities in favor of profit,” he said.
That’s also the line of the Central Archaeological Council of Greece, which essentially enforces the country’s laws on antiquities. Earlier this year, the Union of Greek Archaeologists condemned a detailed privatization plan by Stephen Miller, a renowned American archaeologist who runs the Ancient Nemea site in the northeastern Peloponnese. Like Themelis, Miller has also spent years raising private funding to support his site but has long been frustrated at the lack of state resources for antiquities. Miller proposed allowing private companies to develop, promote and secure under-used sites in exchange for tourism-generated revenue.