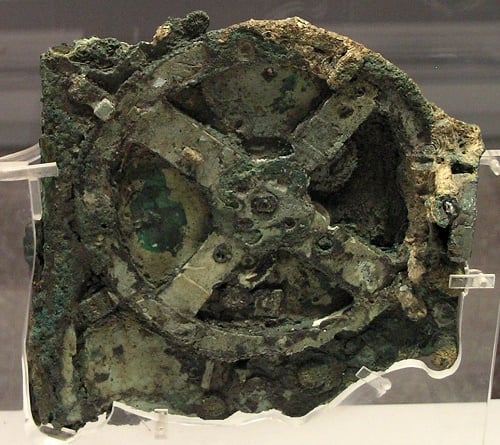 The citizens of Chania, as well as the visitors of the city, have the opportunity to visit a unique exhibition during the holiday season.
Costas Kotsanas’ original Museum of Ancient Greek Technology can usually be found in Katakolo, Greece. However, it will be transferred to Crete until January 6, 2014 in the area of Agyia.
Until January 6, 2014, everyone will have the chance to experience firsthand the magical journey through time that allows people to imagine the ancient Greek civilization while having fun with games and various events.
A visitor of the exhibition can take a tour through the 150 inventions of the ancient Greek civilization, such as Philo’s robot-maid, Heron’s “cinema,” Ctesibius’ hydraulic clock and the Antikythera mechanism, an ancient analog computer. The exhibition covers the period from 2000 BC until the end of the ancient Greek world, and shows that ancient Greeks, shortly before their demise, possessed knowledge and devices that were very similar to the beginnings of our own modern technology.
Any visitor can browse through findings of that specific era when ancient Greek technology was at its peak. The exhibits are accompanied by audio-visual material as well as explanatory signs and boards full of information, photos and detailed drawings with complete bibliographical references. Some of the exhibits are interactive and there are also video stations and animated demonstrations on how to operate the different mechanisms, as well as a documentary where the function and the importance of mechanisms are explained.