Four Ancient Greek Mysteries Which Spark Controversy To This Day 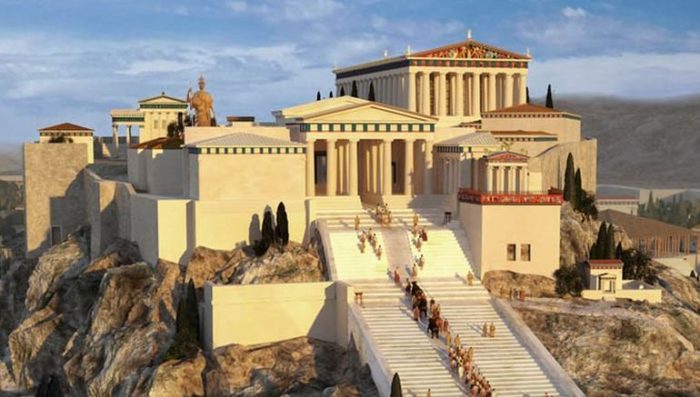 Ancient Greece is known across the globe for its vast contributions to the very foundations of our modern world.
Western ideals which we sometimes take for granted, such as Democratic rule, as well as what we see today as basic human rights, including the freedom of speech and to form societal organizations, find their origins in ancient Greek practices.
Millennia ago, these ancient Greek concepts managed to reshape the way people viewed the world.
However, there are many mysteries concerning the ancient Greek world, including the identity of some of its most illustrious members and events which either remain unknown or are controversial.
Let’s explore four of these myriad mysteries which continue to cause controversy and disagreements over their very existence.
Was Homer even real? 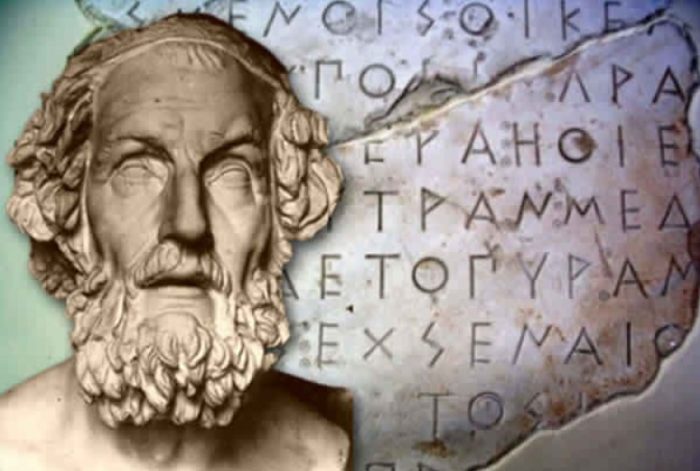 Known as the scintillatingly brilliant author of two of the most influential pieces of literature in human history, the “Iliad” and the “Odyssey,” Homer has shaped the way generation upon generation has been educated, listening to the tales of bravery and tragedy of Odysseus, Agamemnon and other Greek heroes from the past.
But was Homer even real? Numerous scientists throughout the years have raised questions about whether Homer was an actual human being who wrote these stories, or was a fictional character.
Some say that these fascinating historical tales were actually the product of teamwork.
Unless archaeological evidence emerges one day, the “Homeric Question,” as it is known, will remain one of Greece’s most notable mysteries.
The Labyrinth of the Minotaur 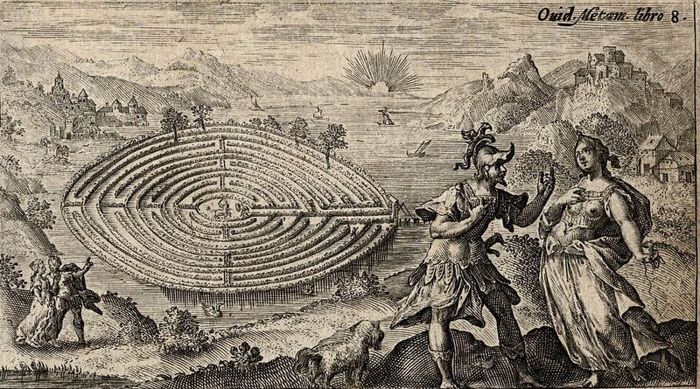 Perhaps one of the most famous and most often referred to Greek myths focuses on the story of the Minotaur, the incredibly strong and fearsome creature whose nature was half-bull and half-human.
The Minotaur was allegedly held captive in a massive labyrinth created by King Minos on Crete.
However, up to this day, excavations at the site of the ancient Palace of Knossos have not yet revealed anything whatsoever to support the theory that a labyrinth had ever been constructed there.
Scientists have argued that a Labyrinth could not possibly have ever been constructed there since there is no evidence as of yet for such a structure. However, recent research at a quarry near the Cretan city of Gortyna has raised hopes that the famous Labyrinth might soon be discovered.
Until then, the scientific controversy will continue to exist, offering us another mystery about where, or even if, the Minotaur’s labyrinth was an actual place.
The destruction of the massive statue of Zeus

Known as the “god of the gods,” and the master of all humanity, Zeus had a central role to play in Greece’s ancient religion and cosmology. For this reason, the Greeks tended to worship him in spectacular ways, to show their admiration for his omniscience and power.
One of these efforts to show their worship of Zeus was the creation of a massive statue of the god in the temple dedicated to him at Olympia.
Acknowledged as one of the seven wonders of the ancient world, the massive statue of Zeus was an exceptional example of the Greek art of sculpture. The statue must somehow have been destroyed at some point, but the specifics of this destruction remain vague up to this day.
After the abolition of the Olympic Games in 393 AD, the Temple of Zeus in Olympia declined. A few years later, it was set on fire and the statue was most likely destroyed and broken into pieces at that time.
However, some theories suggest that the statue survived the temple’s destruction. Emperor Theodosius allegedly ordered the transfer of the statue to Constantinople in 390 AD, where he put it in one of the city’s palaces for safekeeping.
Nonetheless, the statue apparently may have mysteriously disappeared a few years later because no one since that time has ever known for sure what happened to it.
Some suggest that a fire broke out in the palace, destroying it. Others believe that it was transferred somewhere else, making it possible for it to even be intact up to this very day — although that is extraordinarily difficult to imagine.
Unfortunately, no one really knows what happened to one of the great wonders of the ancient world.
The Parthenon 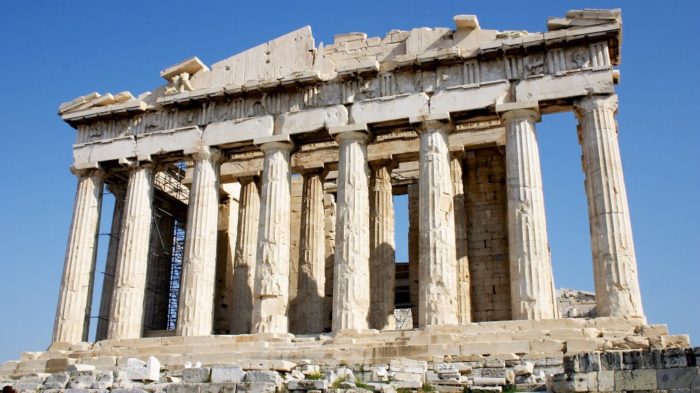 An architectural landmark that connects the ancient to the contemporary world of today, the Parthenon has been an endless source of fascination, not only for its extraordinary history but also for the manner in which it was constructed and the splendor of the religious processions which once took place there.
Dedicated to the goddess Athena, who was known as the protector of the city of Athens, the Parthenon still inspires the world with its style, perfect architectural proportions, and stunning beauty.
Massive and impressive by any measure, but still at the same time with an air of humility, it is still unknown exactly what the inside of the Parthenon looked like during ancient times.
The artistic content of the murals which decorated the interior of the temple around the great statue of Athena still remains a hot topic among scientists, who argue about what might have been depicted on those inner walls  — which now do not exist.
One of the predominant theories is that the murals could have been used to show representations of the people who helped build this architectural marvel, as a tribute to the individuals who changed the Athens skyline forever.
But until more solid evidence is found, the inside walls and murals of the Parthenon, like so many other aspects of the ancient world, will remain a mystery.