How a Greek Orthodox Priest Made Giannis Antetokounmpo a Devout Christian 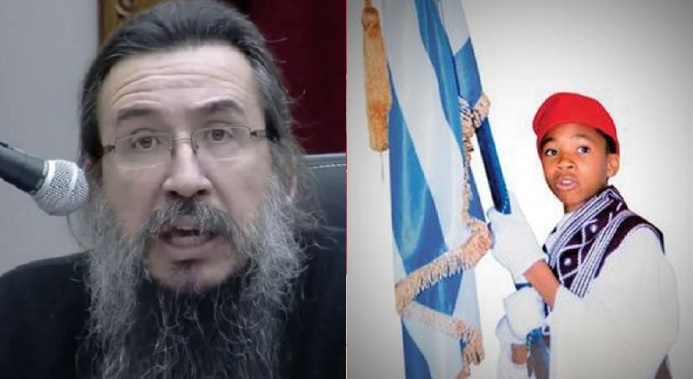 Millions of words have been written about the great athlete Giannis Antetokounmpo who was voted 2019 Most Valuable Player in the NBA for 2019. Equally as many words have been written about his humble background, growing up in poverty in the Sepolia area of Athens.
However, little is known about his faith and his devotion to the Greek Orthodox Church. Antetokounmpo developed a special relationship many years ago with Father Evangelos Ghanas, a beloved priest at Agios Meletios Church in Sepolia, who baptized Giannis together with his brother Alexandros on October 28, 2012.
Even the date of the basketball star’s baptism was deliberate, as he chose to be baptized Greek Orthodox on “OXI Day,” Greece’s second most important national holiday. Antetokounmpo’s patriotism and respect for the Greek flag have often been remarked upon; for example, when his Greek fans in the US ask him to sign the blue-and-white flag for them, Giannis refuses. 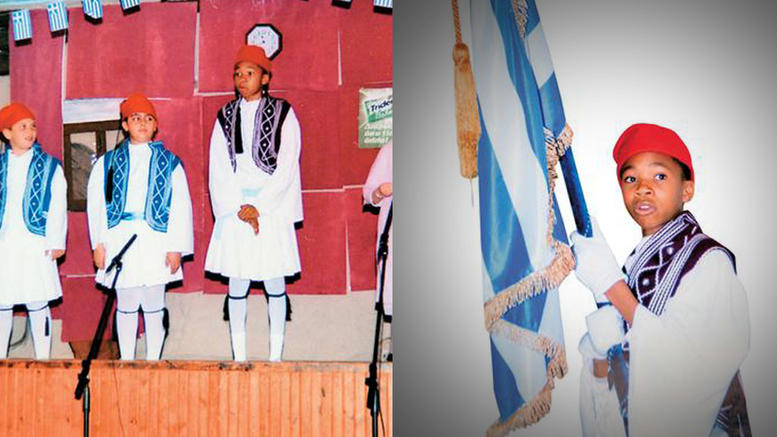 Antetokounmpo actually served as the link between his family and the parish. The years that he spent at Agios Meletios Church and their Sunday School in the poor Sepolia neighborhood were crucial for the young man in his journey to adulthood, and undoubtedly contributed to the shaping of his character.


Father Evangelos spoke to Ethnos newspaper about the character of the young basketball phenomenon, describing him as a young man with ethics who, unlike most of his peers, never held a grudge against society for his poverty.
“I don’t remember him ever complaining or having a sense of being wronged by life and being aggressive towards society,” Father Evangelos recalled. “He may be flying on the court, but in real life I think he stands firmly on his feet.”
“What I cannot forget was Giannis’ gaze. I find it difficult to describe. There was an innocence (in his eyes) but also a hope. No fear and no resentment,” Father Evangelos added.
The priest said that Giannis liked Sunday School, and that helped him develop a strong character, as a giving human being who also had optimism for the future.
Describing Antetokounmpo’s upbringing and schooling, the Greek priest stated: “Giannis went to school in Greece, became a Christian in the same country, and now he can live on the other side of the Atlantic, carrying his memories as a precious guide to his later life.”

According to Father Evangelos, the whole Antetokounmpo family had a good relationship with the church, mostly because of Giannis, who loved to go to Sunday School.
Father Evangelos is beloved by all the parishioners of Agios Meletios Church, in part because he has embraced the children of migrants, who are numerous in that area. He has taken a firm stand against any actions or words which imply any possible racism, and has helped children and teenagers as much as he possibly could throughout the years of his ministry.
And Antetokounmpo has not forgotten Father Evangelos. As the new NBA MVP said in a previous interview, “When I was a kid, I went to Sunday School and there was a man there who was helping us a lot. You cannot imagine how much he helped.”