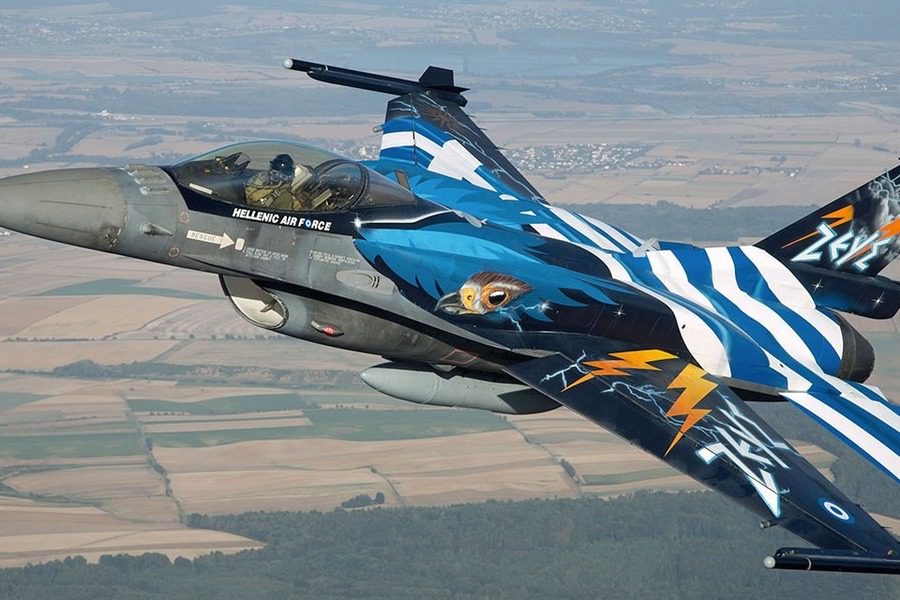 With the tragic loss of pilot Giorgos Baltadoros off Skyros island on Thursday, the Greek armed forces have issued a tally of the deaths and losses of aircraft amid 28 years of Turkish provocations in the Aegean.
More than 150 service personnel across all three branches of the military have lost their lives in accidents or incidents involving Turkish incursions into Greek territory.
Since 1990, the Hellenic Air Force has lost 123 personnel and 85 aircraft; the Army Air Division has lost 28 people and six helicopters and the Greek Navy lost three airmen in one helicopter crash alone.
Although intercepting Turkish fighter jets has become routine for Hellenic Air Force pilots in the past few months, only two aircraft have fallen as a direct result of virtual dogfights with Turkish warplanes.
In 1992, Lieutenant Nikos Sialmas lost his life in the area of Agios Stratis when the old Mirage F-1 he was flying could not withstand the stresses involved in an engagement with a Turkish F-16 and fell into the sea.
In 2006, Captain Kostas Iliakis lost his life in the area of Karpathos after a collision with a Turkish F-16 at 27,000 feet.
The vast majority of air fatalities have involved single-seater or two-seater aircraft, with the exception of the Air Force C-130 airplane carrying 63 servicemen which crashed on Mount Othrys in 1991, killing everyone on board.
More than 1.3 million flight hours have been recorded over the past 28 years involving the interception of Turkish aircraft violating Greek airspace.
As for the financial cost of the fallen aircraft, it is estimated that the damages cost over €20 billion ($24.6 billion) in current prices.