GRNews
GreekReporter.comEuropeEuropean Commission: Stricter Border Controls in Schengen Zone to Be Lifted by...

European Commission: Stricter Border Controls in Schengen Zone to Be Lifted by November 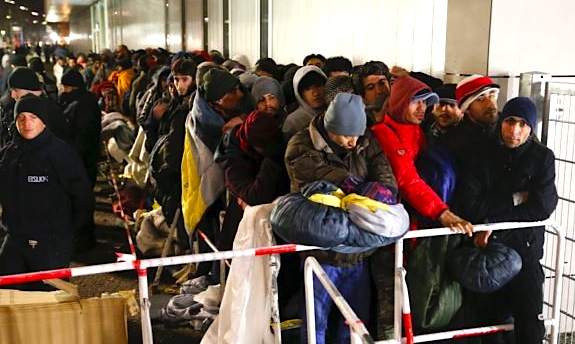 On Tuesday, the European Commission called for stricter border controls in the Schengen area to be lifted by November so that the passport-free zone can be restored to normal. The controls, originally introduced by Austria, Denmark, Germany, Sweden and non-European Union member Norway in 2015 because of the migrant crisis, have been extended repeatedly over the past 2 years.

“The time has come to take the last concrete steps to gradually return to a normal functioning of the Schengen area,” Dimitris Avramopoulos, the European Migration Commissioner told reporters on Tuesday. “This will be the last prolongation,” he added.

Even though the EU-Turkey migrant deal aimed at curbing new arrivals of migrants from Turkey to Greece has helped decrease the amount of migrants arriving on Greece’s Aegean islands, the country is still struggling to accommodate migrants in reception centers.

Tensions are running high on the Greek islands that have become known as “hotspots” and migrants find themselves living in overcrowded and unsanitary reception camps — unable to move forward with their plans to live in other European countries due to border closures which has resulted in more than 60,000 refugees being trapped in Greece.