GRNews
GreekReporter.comGreeceDW: 'The Misery Is Still Real' in Refugee Camps in Greece

DW: 'The Misery Is Still Real' in Refugee Camps in Greece 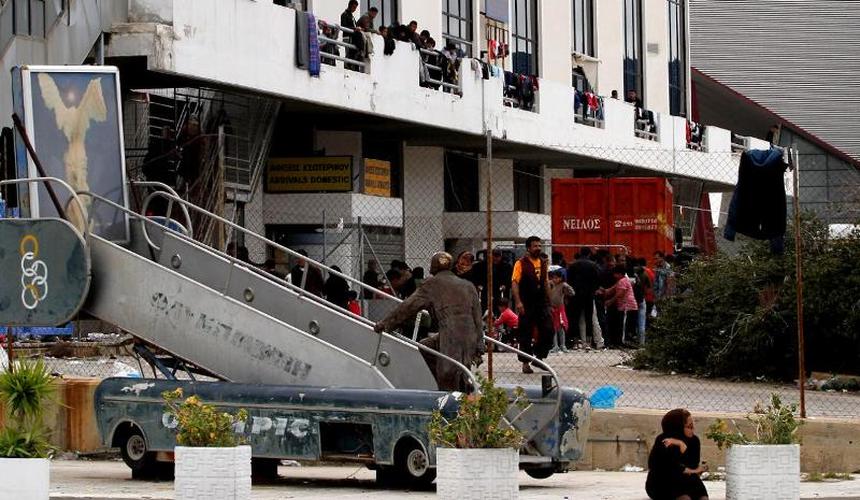 Conditions in refugee facilities on Greek islands are still dire, says a Deutsche Welle report, quoting a Medecins Sans Frontieres doctor.
The Human Rights Organization Pro Asyl has accused Germany of delaying the admission of refugees from southern Europe as part of the relocation program. Out of the 27,500 refugees Germany has agreed to receive from Italy and Greece until September 2017, only 10 percent have been relocated so far, the organization says.
Medecins Sans Frontieres has also released a statement asking the German government to expedite the relocation program. About 16,000 refugees and migrants are stranded on Greek islands expecting their asylum applications to be processed, a procedure that takes several months due to the high number of applications.
However, the living conditions of asylum seekers are bad, despite the fact that there is some improvement. “People still have to live in tents in overflowing EU-designated areas on the  Greek islands and the Greek mainland. They have inadequate access to sanitary facilities and hardly any private space,” the organization’s statement said.
Jochen Ganter, who was project coordinator from Medecins Sans Frontieres at the Elliniko camp from May 2016 until February this year, said that even though conditions in the mainland camps have become acceptable, the situation on the islands remains dire.
“The vast majority of asylum seekers were provided accommodation from the Greek government in warehouses or former industrial plants, where they had to live in tents within the buildings.” Ganter told Deutsche Welle. “The refugee aid organization in the meantime has provided hotels and apartments to those refugees coming as a result of the relocation program or family reunification. This of course cannot be compared to the Greek islands, where a large number of the refugees still live outside in tents.  In Elliniko we also have differing situations: in one camp around 400 to 500 people live in tents out in the open. In the old airport, on the other hand, the tents are located inside the building itself. In the clinic in the city center we also take care of people who live in apartments or houses in Athens,” he continued.
When asked about the media focus that shifted from the refugee issue after the harsh winter conditions were over, Ganter said that, “The misery is still just as real. One cannot be misled by this as a helper on the ground. At the onset of winter in Greece the media’s presence increased, but now it has subsided.”
And Ganter continued: “For the refugees who live in tents, the conditions are bad in all seasons: in winter it is too cold, and in the summer with sometimes temperatures of 35 degrees it is too stuffy. If you set a standard for habitable accommodation of refugees in Europe, you can not rely on the weather report.”
Regarding the improvements made that changed the living conditions of 2015 and 2016, the doctor said: “Some movement has happened but we can not be satisfied with the situation because it is still far from what we would consider worthy for human beings.”