GRNews
GreekReporter.comGreeceAlbania Tears Down 19 Greek Homes and Tells Athens to Be Grateful... 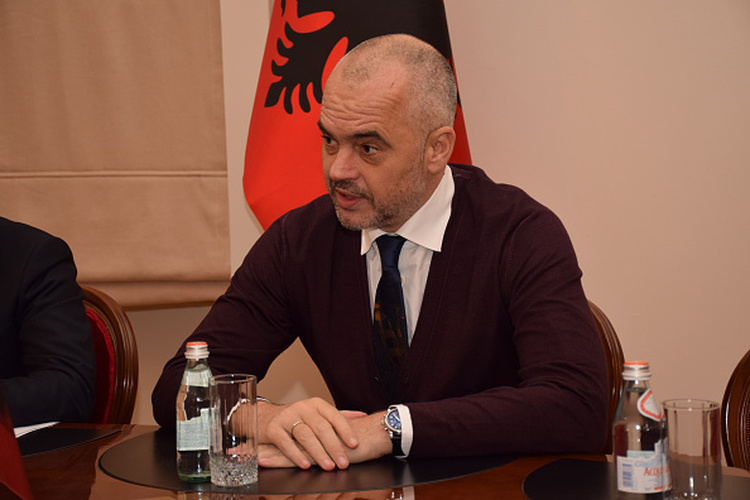 A decision by local authorities at the Albanian town of Himara to demolish the homes of 19 ethnic Greek families at a predominantly ethnic Greek seaside resort has angered Athens and caused a diplomatic fued between Greece and Albania. On Tuesday, the Greek Ambassador in Tirana was called by the Albanian Foreign Ministry to give explanations regarding Greece’s intervention in calls for a stop to the planned demolition plans. On Sunday, the Greek Foreign Ministry had stated that it was monitoring the situation where 19 families of the Greek minority were given a deadline of five days to evacuate their homes. To add insult to injury, the eviction notices were delivered on October 28, a national holiday in Greece that marks the country’s entry into World War 2.
The Greek Foreign Ministry warned that the protection of property rights, especially those of the minority, was one of the five conditions set by the European Union for EU accession negotiations to begin.
In its response, the Albanian Foreign Minsitry noted that Albania was not “discriminating” against the Greek minority but merely following the principles of the country’s rule of law. “The legal procedures being employed by the Municipality of Himara, which are centered on the town’s transformation into a European tourism destination, are transparent and in accordance with current laws,” it added.
Albanian Prime Minister Edi Rama took to Facebook with a post on his personal page. He said that while Greek is spoken as a common language in Himara, it does not make the area a Greek province. He published an engraving depicting Athens in 1670, and wrote: “This engraving reminds us, among other things, that if the Acropolis still stands for the glory of humanity and civilization, this is thanks to the vision of the Albanian Archbishop of Athens Gjergj Dushmani, who in 1686 negotiated with Francesco Morosini of the Venetian fleet not to bombard the city… Such a story of a city that was once, according to the evidence and historians, mainly Albanian-speaking does not make it absolutely an Albanian city. Likewise, even though Himara experienced the Greek archipelago and the Greek language as the ‘common tongue’ of the East through maritime exchanges and a close and fruitful coexistence, this does not make it absolutely a Greek province.”