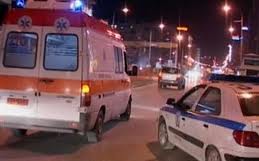 A new round of friction in relations between Greece and Albania after tension flared at Himara, a village south of Albania, with violence connected to plans to renovate the center of the city that will affect properties in the region. Greek residents believe that their property ownership rights are being violated and that the renovation could be a chance for Albanian authorities to grab some of their assets.
Private TV station SKAI reported that several people entered a meeting held to discuss the renovations with intruders attacking those present. One of the people at the meeting was slightly injured.
The Greek Foreign Ministry has reacted to the incident, calling on the Albanian government to adhere to its international obligations and protect the Greek minority.
Relations between Greece and Albania have worsened since the government tried to bring the issue of Cham Albanians to the fore.
The situation worsened after a large poster that Albanians lifted at a football match referring to the so-called Cham genocide.


History and origin of Chams Cham Albanians, or Chams, (Tsamides in Greek) are a sub-group of Albanians who originally resided in the region of Epirus in Greece, an area known among Albanians as Chameria. The Chams have their particular cultural identity, which is a mix of Albanian and Greek influences as well as many specifically Cham characteristics.