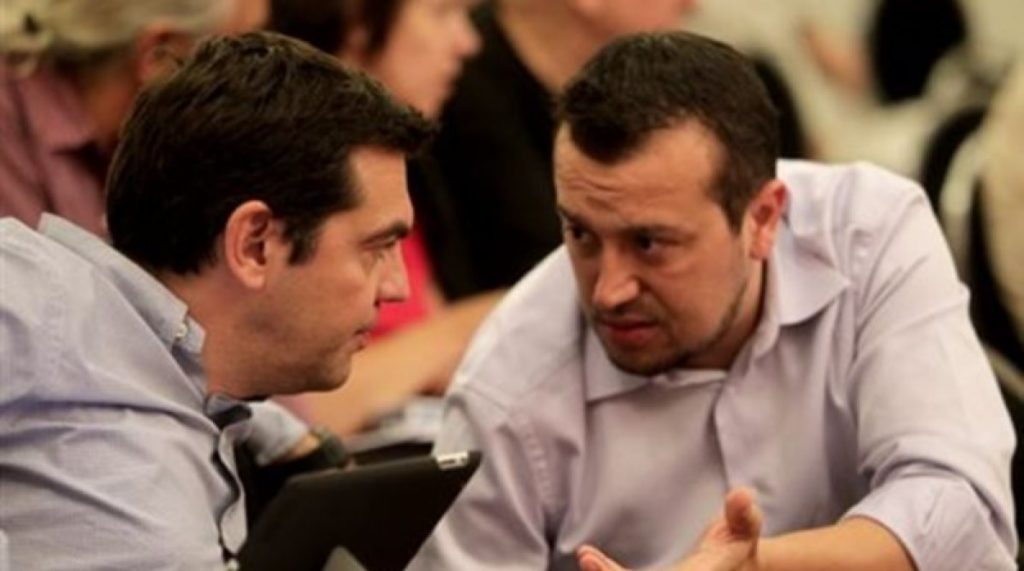 The Greek government has decided on a clever political manoeuvre in order to perpetuate the television licensing war with the main opposition. They proposed Vyron Polydoras for president of the National Council for Radio and Television. A name that is guaranteed to be turned down by the opposition.
Polydoras is a veteran politician who has served as minister in two different New Democracy administrations. In 2013 he was kicked out of the conservative party for proposing a cooperation with extreme rightists Golden Dawn. Polydoras then formed a right wing party that failed abysmally in the 2014 European Parliament elections.
His party was never disbanded officially. Technically, he has no right to be in the National Council for Radio and Television because, according to the Constitution, active politicians do not qualify for being members of the independent authority.
New Democracy, PASOK and To Potami opposed the nomination of Polydoras from the minute it was announced. Even SYRIZA MPs have openly expressed their disagreement with the candidate because of his previous flirting with the extreme right.
But in choosing to propose Vyron Polydoras for president of the National Council for Radio and Television, and insisting on him, Alexis Tsipras has secured two things: First, he will show that he is willing to compromise in order to reestablish the National Council for Radio and Television by proposing a conservative person. Second, he will present New Democracy’s disagreement with the choice of Polydoras as the conservative party’s unwillingness to cooperate in reestablishing the NCRT, thereby showing that they are not willing to come to a consensus for the good of the country. Furthermore, they can continue accusing New Democracy for allying with the corrupt media owners in order to maintain the “rotten interrelation status quo,” as they vaguely call it.
The conservative party leader has stated repeatedly that he will not sit down to discuss the appointment of the new NCRT unless State Minister Nikos Pappas withdraws his controversial bill on broadcast licensing on the grounds that it is unconstitutional. The minister, on the other hand, insists on removing only the article that takes away from the NCRT the authority to grant television licenses.
However, the ongoing battle over television licensing and the administration’s supposed war against corruption in mass media serves as the perfect distraction for repeated failures in other, much more important, areas. And the more they concentrate on it by throwing inflammatory comments in the fire, the more apparent it becomes that it is, indeed, a distraction ploy.
First, Tsipras’ promise that creditors would ease Greece’s debt in the autumn remains a wish. Creditors repeat over and over again that talks on debt will take place only after Greece completes successfully the bailout program in 2018. There is even talk of a fourth bailout program as Athens drags its feet over implementing the prerequisites of the third program.
Then there is the abysmal state of the economy, as the harsh austerity measures have brought most Greeks on their knees. Now that people are on the third installment of income and property taxes, their disposable income is practically non-existent. Many pay their taxes using credit cards. Statistics show that sales of basic goods in super markets have dropped 8 percent, while retail is practically on its deathbed, as many store owners testify on television.
At the same time, people who receive low pensions still feel the effect of their recently slashed pensions and complain that they are at the brink of extinction. Meanwhile, underemployment and undeclared labor with pittance wages are rampant. And small and medium businesses close one after the other. And if they don’t, they set shop in neighboring Bulgaria where taxation is business-friendly. And despite Tsipras’ talk of growth, the only thing Greek people see growing is their fear of what the next day may bring.
Under these circumstances, it is very convenient for the government to continue its charade of “bringing order in the television field.” While they keep pretending they want to put an end in lawlessness in mass media, they add more episodes in the broadcast licensing soap opera. And Greek people stay glued on the television screen waiting for the plot to thicken and forget their financial woes, even temporarily.