TechNews
GreekReporter.com Greece What Do Greeks Have Against Tuesday the 13th?

What Do Greeks Have Against Tuesday the 13th? 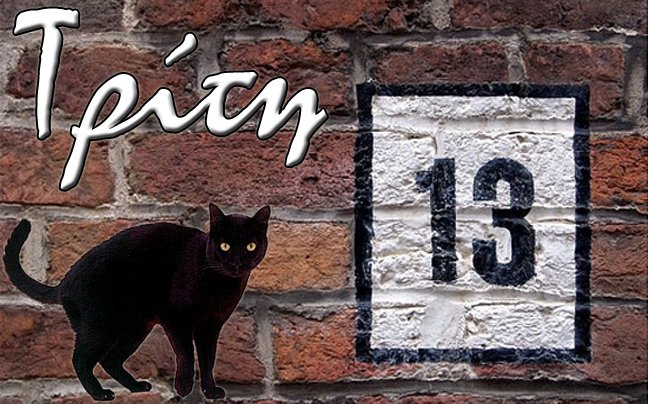 Like the Anglo-Saxons consider Friday the 13th a bad luck day, Greeks have branded Tuesday the 13th as a day you’d rather stay home and avoid everything that might cause an accident.
The main reason Tuesday the 13th is not a very popular day has to do with Christian Orthodoxy and is linked to the fall of Constantinople on that fateful date.
The fall of the capital of the Byzantine Empire on Tuesday, April 13, 1204 to the Fourth Crusade was a bleak day for Hellenism. However, Tuesday May 29, 1453, was even worse, as Constantinople fell again, this time to the Ottoman Empire, followed by almost 400 years of Ottoman rule across Greece and the subsequent loss of all Greek territories in Asia Minor.
Where does the 13 come from on Tuesday May 29? Just add the numbers of the year 1+4+5+3 for the full sum of 13.
However, there are other reasons Greeks disliked the number 13, long before Constantinople and Byzantium. Thirteen is a number that follows the perfection of number 12: The gods of Olympus were 12, there are 12 months in a year, 12 hours of day, 12 hours of night, 12 labors of Hercules, 12 signs of the zodiac. Philip II of Macedonia offended the 12 gods and died right after he erected his statue next to the 12 gods.
As for Christian Greeks, the number 12 represents the number of the apostles who spread the word of Christ. Also, the 13th chapter of the Revelation speaks of the coming of the Antichrist
Finally, superstitious Greeks dislike Tuesday because, in Greek, Tuesday is Triti, meaning Third, the third day of the week. Since bad luck incidents come in threes, there’s not much to like about Triti. Furthermore, according to astrology, Tuesdays are dominated by Mars, the belligerent god of war.