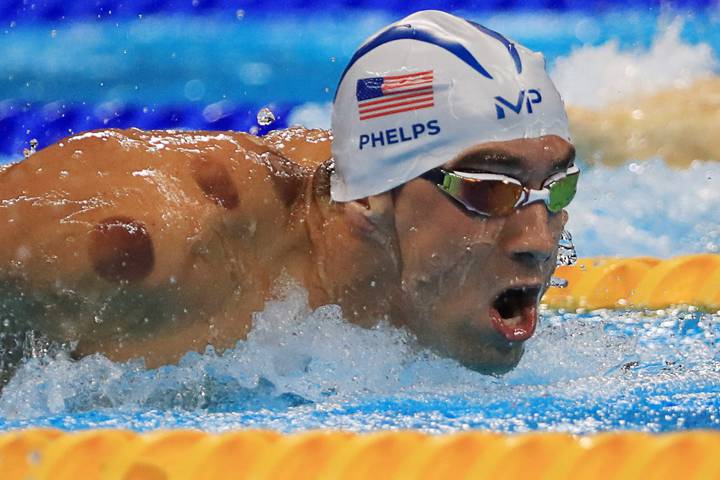 Many people have raised an eyebrow over the purple colored circles dotting some of the athletes bodies at the Rio Olympics. What you are seeing is athletes using an ancient remedy referred to in the Western world as “cupping”; however, Greeks know better.
Ancient Remedies at Rio
This ancient technique uses glass suction cups that are placed on wet or dry skin to create a vacuum effect, lifting up the skin and causing a “sort of flossing the soft tissue as we glide up and down and across the muscle tissue,” Ralph Reiff, executive director of the St. Vincent Sports Performance in Indianapolis told usatoday.com.
It is believed that this therapy makes you perform better as your motions are smoother and more streamline as your blood circulates better and muscle tension is relieved, thus why so many athletes indulge in this safe medical practice.
Of course for athletes the best news is that it doesn’t hurt or have any side-effects, except for purple circles caused by leaving the cups for too long.
Surprise: It’s a Greek Thing!
So where does it come from? Most people believe cupping to be an ancient Chinese holistic medical practice, but if you are Greek, you know it best as the ancient technique, “vendouzes”.
In fact, there is quiet an argument that cupping is a Greek innovation in medicinal practice. That’s right, it was a discovery of the well-known ancient Greek, Hippocrates. 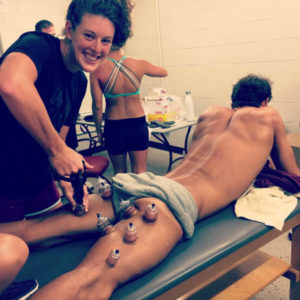 You might even find some yiayias in the village using the technique nowadays, just as they did in ancient times as a natural cure to many ailments.
Of course, all the hype about Michael Phelps purple circles dotting his chest, back and arms at Rio’s games has caused the media to look into the mystery behind the circles, leaving them to all accredit Greece’s vendouzes to the Chinese. But Greeks know better; Hippocrates was definitely not Chinese.