How Archaeologists Found the Tomb of Greek Philosopher Aristotle [video] 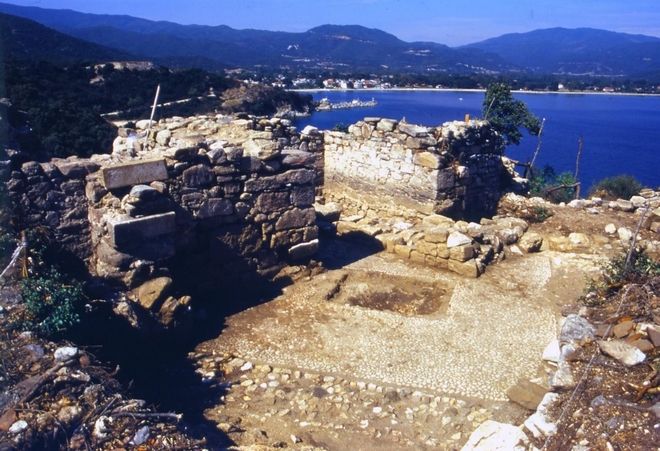 “I have no hard proof, but strong indications lead me to an almost certainty,” said archaeologist Kostas Sismanidis who made the claim of finding Aristotle’s tomb.
In his extensive research, Sismanidis first established that the tomb belongs to an important person, one who deserves to have such a lavish and respected tomb. (See some structural details here)
Then, based on three different biographies and other written testimonies and analyses, written at different time periods and by authors of different origin, he comes to the conclusion that the remains of Aristotle were transferred from Chalkis, where he died, to Stagira.


Here is an excerpt from Sismanidis’ report citing an Aristotle biography written in latin by Leonardo Azetino: “Stagira, had been destroyed by Philip, and Aristotle managed to convince the King to reconstruct the city and wrote the laws and the government system himself… His fellow citizens honored him for his actions and established annual celebrations and festivals after his name while he was still alive.”
The rebuilding of Stagira after his initiative and the citizens’ respect for Aristotle appear in other biographies and writings as well.
A large rectangular floor with an empty rectangular surface led the archaeologist to believe that this indeed is Aristotle’s tomb:
“The most important and characteristic feature of this powerful
marble floor, today is an empty rectangular surface, in the
exact center and dimensions 1.30 x 1.70 m. And the long axis
in the N to S direction,” Sismanidis writes in his report.
“Cleaning of this surface until reaching the physical rock underneath, yielded only little breccia marble, compared to much more than what was on the outside. To the question what kind of construction could this be, we can’t imagine anything else but an altar, marble apparently, judging from the breccia above,” he continues.
Consequently, all the above-described layout on the marble floor would serve as a central altar. The presence of an altar in this position matches testimonies from the above sources (the biographies) that talk about the altar erected in the tomb of Aristotle for sacrifices and to honor the philosopher… The elaborate and spacious floor described, creates a strong image of an assembly of Stagira citizens for sacrifices and feasts, which are also mentioned in the same sources.”