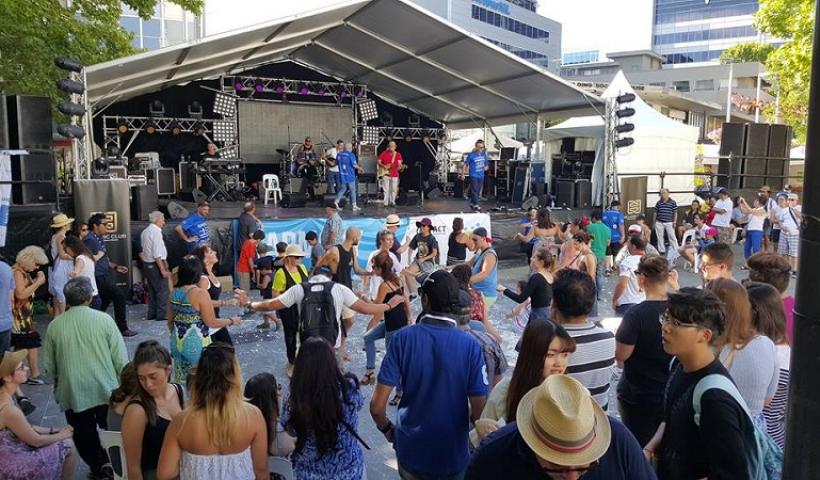 Canberra’s Greek community showcased its rich culture and diversity last Sunday during the 18th annual Greek Glendi street party at the 2016 National Multicultural Festival. The event exceeded all expectations, attracting more people than any year before, while painting the Australian capital with Greek colors.

Members of the Greek community noted that tens of thousands of visitors, Greeks and foreigners, visited the Greek Glendi which took place at Garema Place. The visitors were able to enjoy Greek music and dances, but mainly they had a chance to try Greek specialties such as souvlaki, fried calamari, lamb on the spit, kontosouvli, spanakopita and cheese, as well as Cypriot dishes such as grilled halloumi and sausages.

Furthermore, the community had arranged for Greek desserts – baklava, loukoumades and kantaifi to be served during the event.

The “glendi” kicked off to the music of the band Aegean Groove, which was accompanied by the Canberra Hellenic Dancers group. The band played Greek songs and the dance group invited visitors to join them in a party that lasted from 11:30 am until 5:00 pm.

The “Greek Glendi” was held as part of the 20th National Multicultural Festival which attracted more than 300,000 visitors of various nationalities this year. The festival was organized under the auspices of the Greek Orthodox Community & Church, the Greek Club of Canberra and the Greek community ACT.