Archaeologists were stunned to find the ruins of an unknown ancient city which dates back to the 4th century BC, at an altitude of 1,200 meters on the Greek mountain of Pindos. It is believed to be the highest archaeological excavation in Greece.
Some fragments of inscriptions which were found near the area of Kastri include the Greek letters “ΙΕΡ…” (ιερό/iero=sacred place) and have led archaeologists to believe that this might have been a very important place for the ancient Macedonians, filled with temples and places of worship. The exact name of this city is yet unknown. 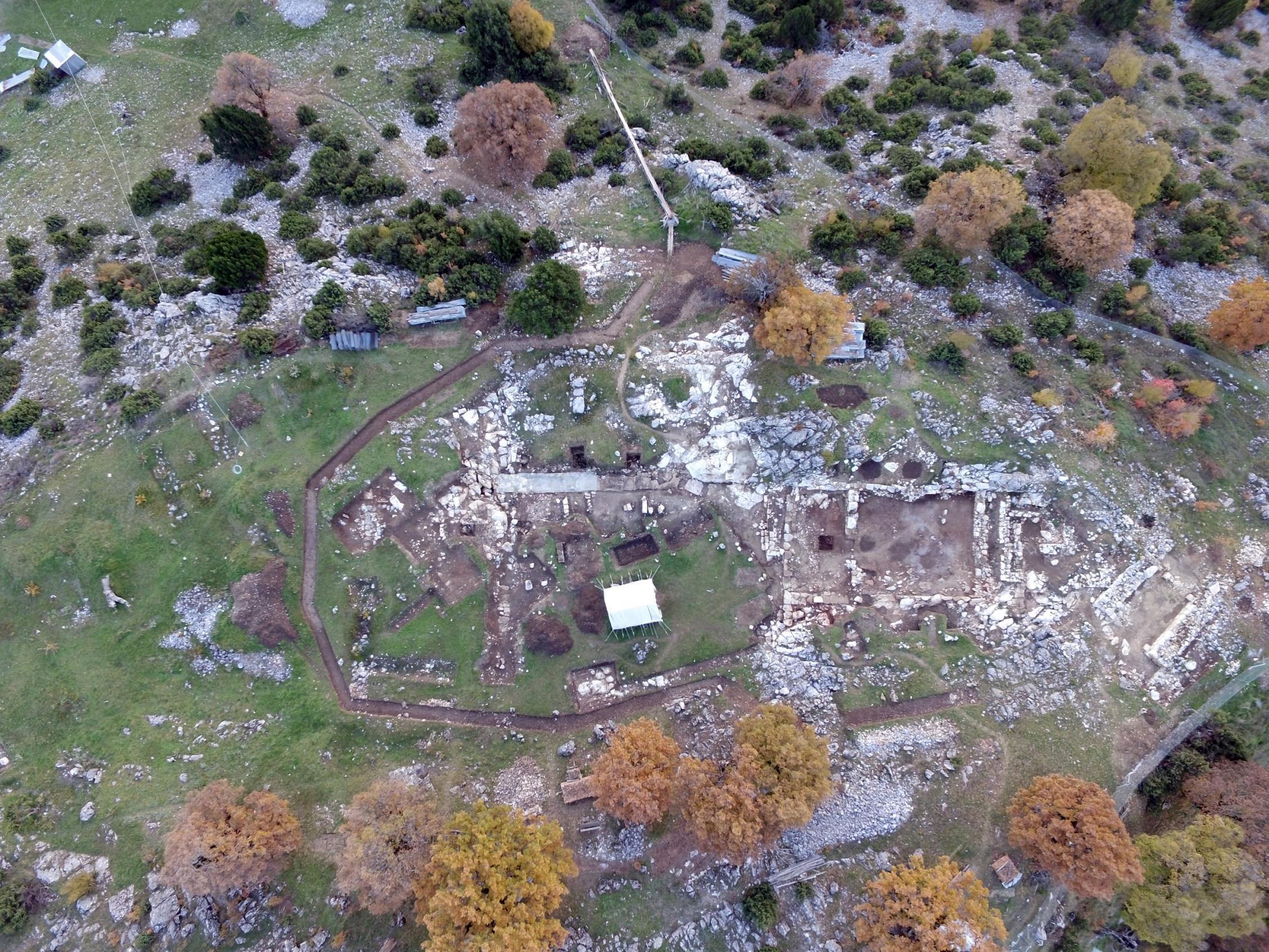 “Even though the findings are many and are very important, we still are unable to find the name of this city and of the God it worshipped. However, the rest of the evidence, including its geographical location and the findings, even the heyday of its acropolis towards the end of the 4th century BC, prove the importance of this city’s historical frame in the ancient Macedonian kingdom” noted the head of this excavation Mrs Stella Drougou.
The systematic excavation in Kastri brought to light large portions of the fortified acropolis of this ancient city and as all evidence proves it had a religious character. Even though the remains of the acropolis are highly damaged, the coins, the ceramics and the vast variety of metallic equipment reveal a well organized economy which obviously leads to a well organized life. The excavation findings and the parts of architecture as well as the coins, date the city towards the end of the 4th century BC to the beginning of the 3rd, but the destruction of the acropolis (which is thought to have been very violent) is dated somewhere in the 2nd century BC. The large amount of copper arrows and fire traces prove that there was most likely some sort of warfare.
“All this data shows that our next excavation target should be at the east mountain slopes of Pindos with the certainty that in the future there can be a very interesting archaeological place in that area”  concluded Mrs Drogou.