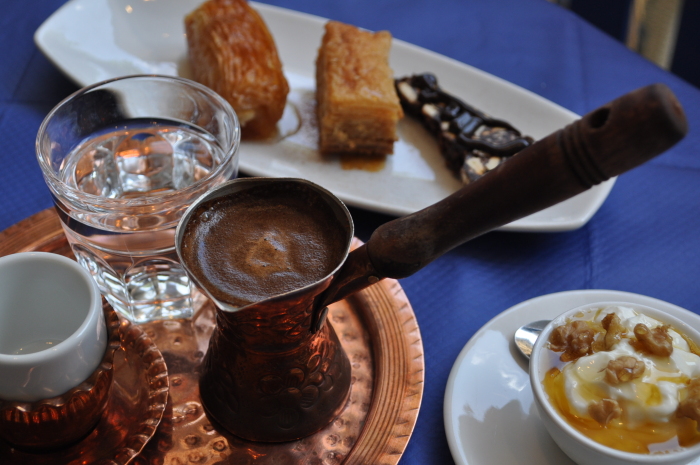 Greece’s traditional ‘boiled’ coffee – known in the country as Greek coffee – remains a firm favorite within the country of avid coffee drinkers and continues to hold its own against ‘newcomers’ like espresso or cappuccino, the head of the Loumidis coffee shop franchise, Iason Loumidis, told the ANA-MPA on Tuesday.
He noted that over 70 percent of sales by the Loumidis franchise network – which includes six company coffee shops and 10 franchise shops – were of Greek coffee and noted that traditional Greek coffee was not only keeping but also expanding its share of the pie, even though sales of other types of coffee had seen a sharp increase.
“Greeks are among the people with the highest consumption of coffee; this was true before the crisis and is still true now,” Loumidis said and also revealed the secrets to brewing authentic Greek coffee and noted that there were clear differences between Greek coffee and the “Turkish” or other varieties of boiled coffee found in the region.
“The roasting of Greek coffee is different. In Greece we roast the beans a lot more lightly, to a light blonde shade, whereas in Turkey it is a little more deeply roasted and, as we head south, it is ever more deeply roasted and they also add cardamon. Even in Cyprus it is one or two shades darker,” he said.
(Source: ANA-MPA)