GRNews
GreekReporter.comGreek NewsGreece to Extend Fence Along the Entire Length of the Border with... 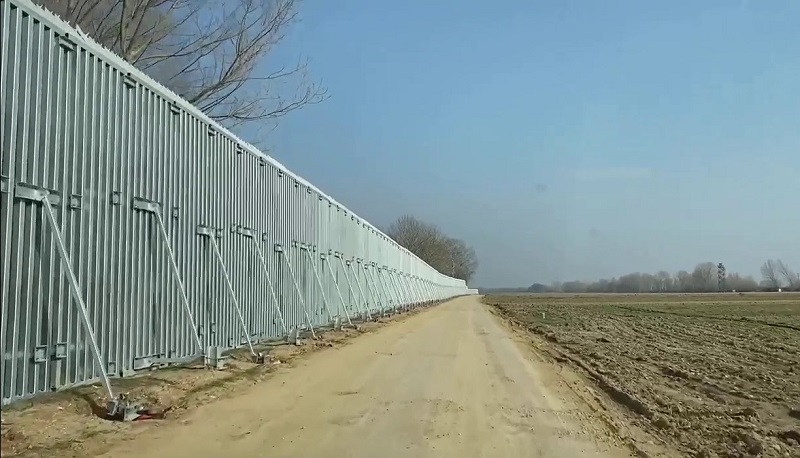 Greece will extend the fence along the entire border with Turkey in order to prevent illegal immigration to the country the cabinet agreed on Tuesday.

The decision was taken during a meeting of the Government Council on National Security chaired by Prime Minister Kyriakos Mitsotakis which focused on the pressure Greece faces at its land and sea borders from illegal immigration.

Officials decided to gradually expand the fence barrier along the entire length of the Evros border with Turkey, while related ministries and the National Defense General Staff will prioritize which sections of the fence should be built first, through a bidding process.

They also decided to upgrade and enforce patrolling in order to prevent illegal entry into the country.

Extension of the fence on Greece’s border with Turkey

The extension of the fence by around 80 km had been announced by Migration and Asylum Minister Notis Mitarakis on Friday, during an interview during which he noted that Greece cannot be a free-for-all.

The Minister said that “humanitarianism is very important, but there are millions of people who want to get into the EU because of the inequalities in the world.”

“We cannot talk about a closed Europe, but we also cannot have a Europe where it’s the traffickers who decide who gets in,” he said.

The move comes after the recent rescue of irregular immigrants from a small islet on the Evros River. There have been claims that the islet is Greek territory, but army ordinance and the cadaster maps show otherwise.

“The constant patrolling in the Aegean and the fence in Evros force the traffickers to find other routes, [instrumentalizing] in parallel the islets of Evros,” Mitarakis added.