Avoid the Crowds on These Tranquil Greek Islands 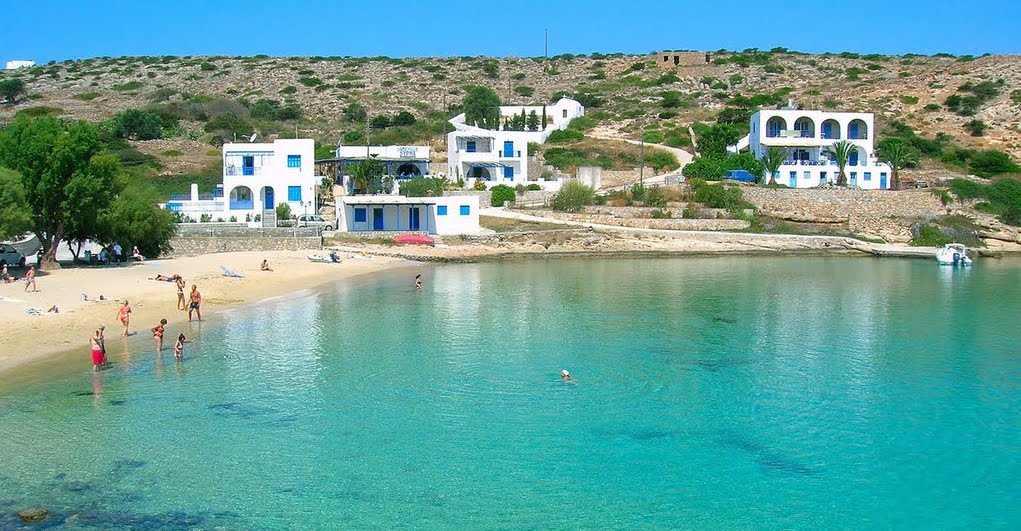 How would you like to visit a beautiful Greek island inhabited by as few as five to as many as around 200 people? Some of the islands we are about to look at have so few people, that the mode of transportation is by donkey, not taxi! Here are some suggestions to check out while you travel to Greece this summer.
Marathi 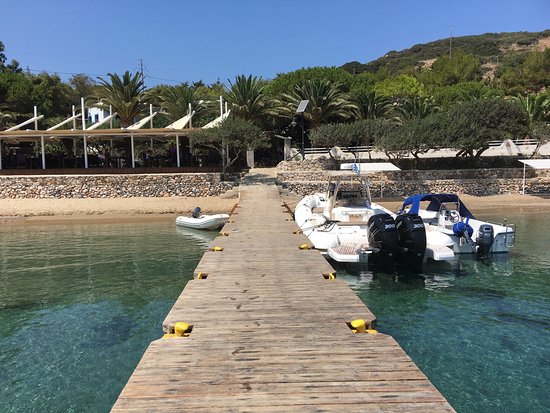 This is the island to visit when you want total seclusion from the rest of the world and to return to the natural beauty of unspoiled Greece. Marathi has only five inhabitants! 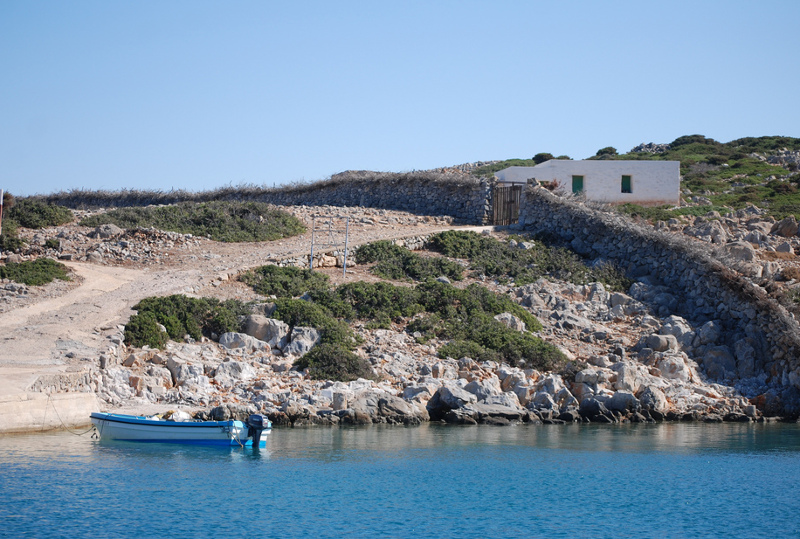 This enchanting island is only a few hundred square kilometers. Located east of Patmos, this isle has a completely untouched coastline.
It was inhabited by the Emilianos family back in 1977, who created a small hotel and restaurant for visitors who stop by the island during the summer months.
Irakleia 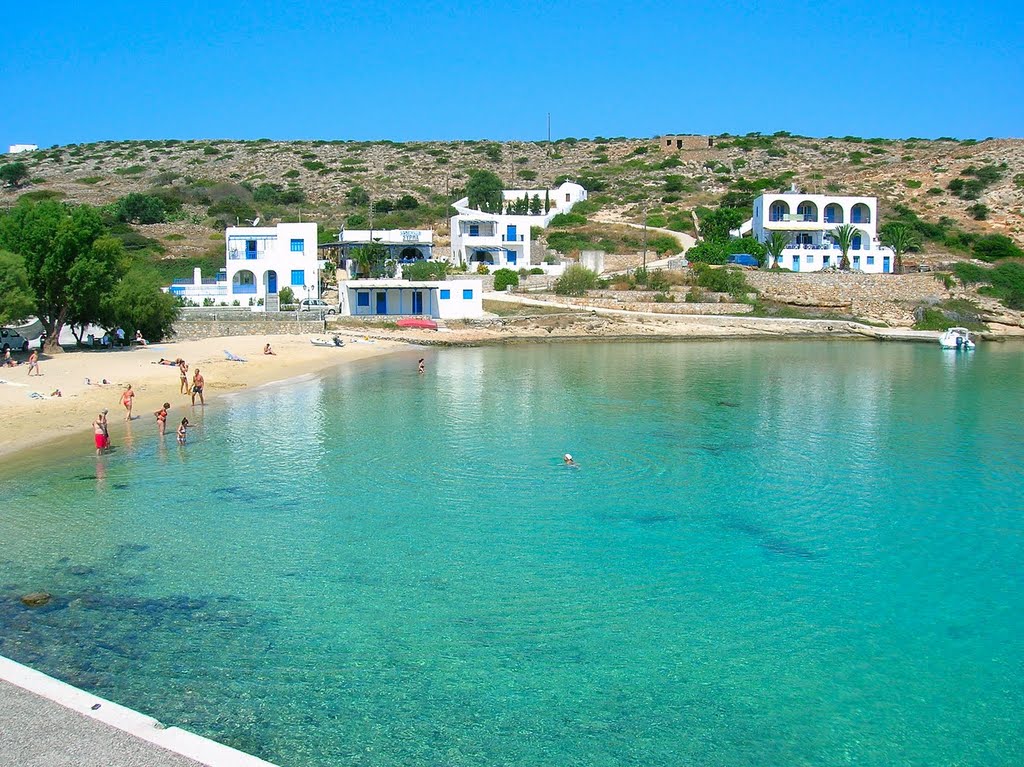 Irakleia is an island with a population of only 141 inhabitants and is perfect for tourists wishing to explore nature and history.
The island is located between the islands of Naxos and Ios and can be reached by ferries from Athens, Naxos and Paros.
Kythnos 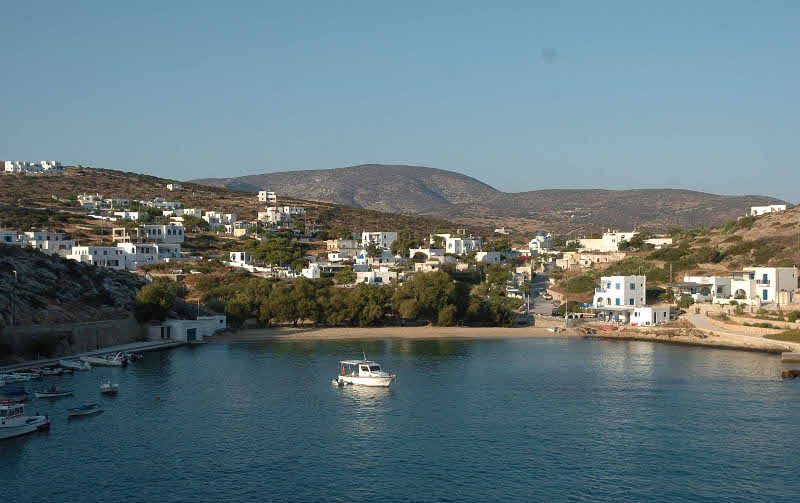 This small island may have only just over 100 inhabitants, but it has a real draw for spelunkers, with the biggest caves anywhere in the Cyclades!
Besides this, the island has a rich history and has been inhabited from early antiquity as evidence of many mysterious rock paintings on the island date back some 5,000 years!
Donousa 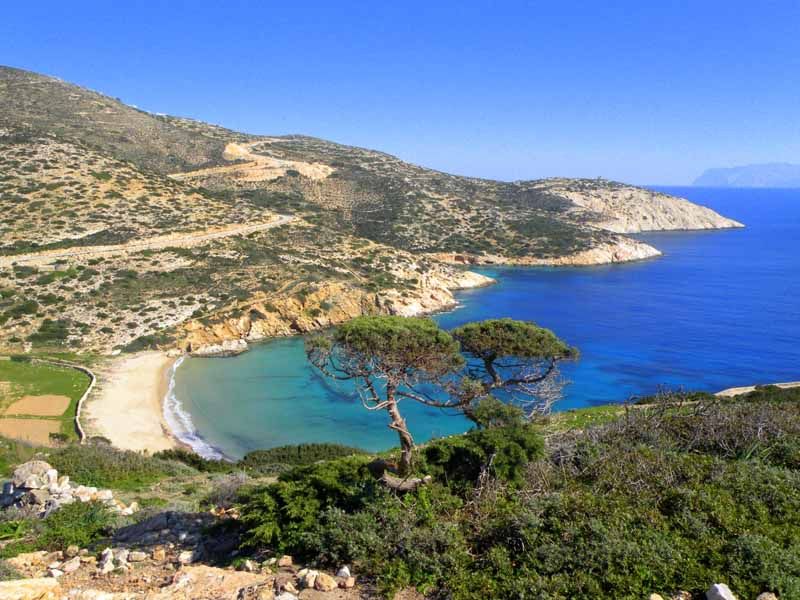 Feeling a need to really get away from it all after all the difficulties of the past few months? Check out the island of Donousa, which has only 167 fortunate inhabitants.
Donousa is located between Naxos and Amorgos and is one of the smallest islands in the Cyclades.
But it is large enough that it can be reached by ferry from Piraeus or by taking a local boat from Naxos or Amorgos. 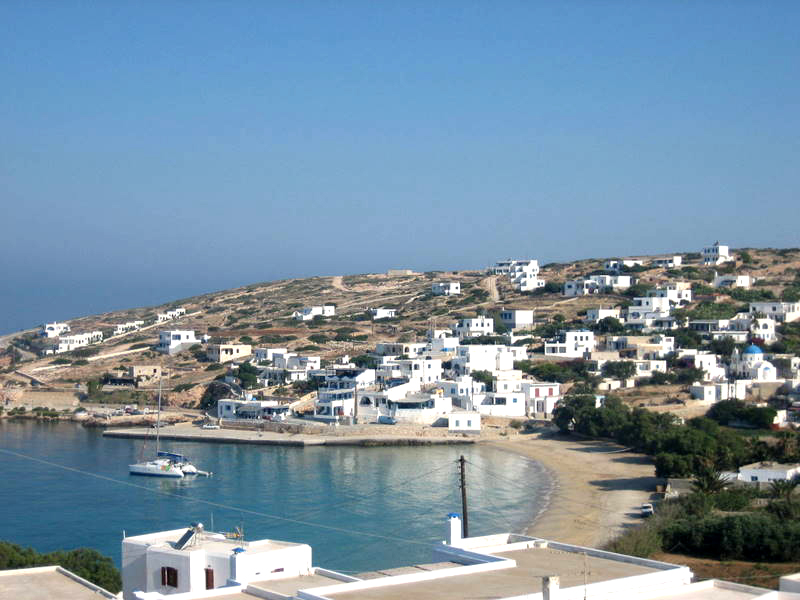 Donousa remains unspoiled by tourists and there isn’t much in the way of transportation — which means that when you are there you can simply meander where you will, and enjoy sampling all the beaches — most of which are accessible by foot.
Just pack a sun umbrella since the beaches on this island are not organized and have no facilities.
Agathonisi 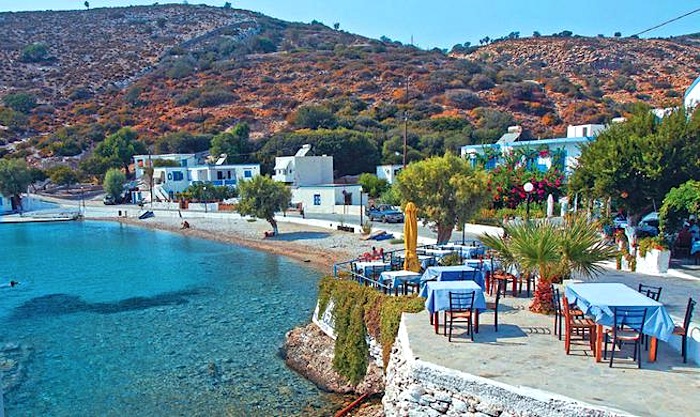 Relax on a secluded beach and escape all the tourists this summer by visiting the small, jewel-like Greek island of Agathonisi, which rises up like a chimera from the sea.
This tiny, mountainous island is located at the very the northernmost point of the Dodecanese archipelago in Greece. 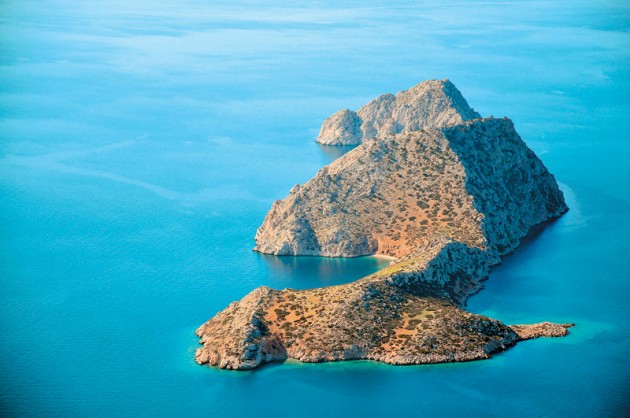 A 1920s census showed that the island had only 80 inhabitants at that time, most of whom were farmers and shepherds. Nowadays, there are 185 inhabitants on the unspoiled, rugged slopes of Agathonisi.
Many people come here for the secluded beaches, and to visit the two quaint villages on the island called Megalo Chorio, or “Big Village,” and Mikro Chorio, meaning “Small Village.” The Municipality of Agathonisi also includes a lovely archipelago of completely uninhabited offshore islets including Glaros, Kouneli, Nera, and Psathonisio.

Nikos Tzellos, a young musician from Rhodes, has made it his mission to revive the folk music of his island for the modern era.
Greek News