GRNews
GreekReporter.comGreek NewsCultureNew Exhibit on History of Santorini and Pompeii Opens in Rome

New Exhibit on History of Santorini and Pompeii Opens in Rome 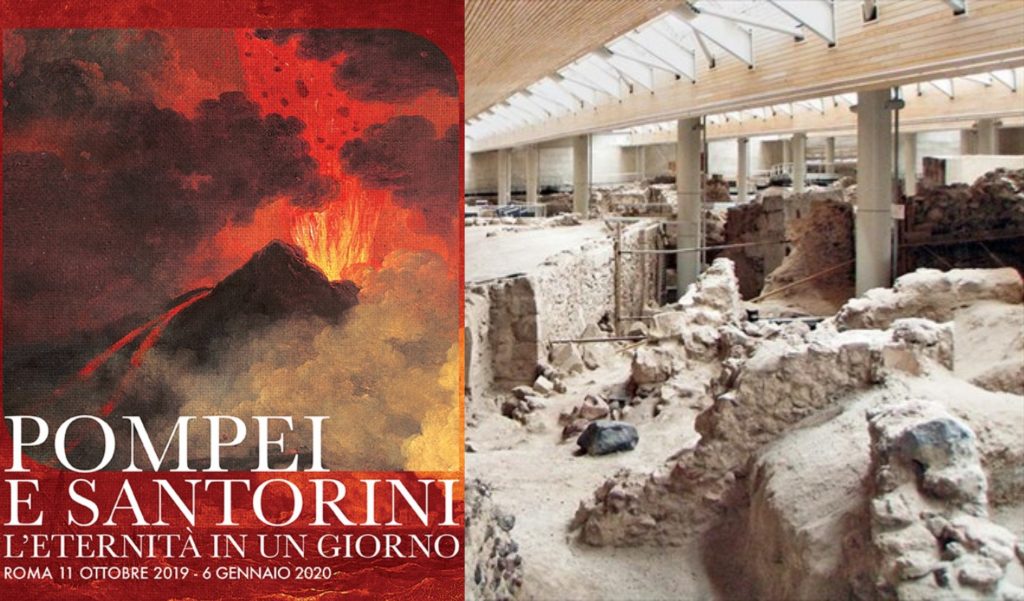 Greek Culture Minister Lina Mendoni and her Italian counterpart Dario Franceschini on Thursday opened an exhibition called “Pompeii and Santorini: Eternity in a Day (L’eternità in un giorno)” at the Scuderie del Quirinale in Rome.

According to a statement from the Greek Culture Ministry, the new exhibition “links two important settlements that were destroyed by volcanic eruptions, presenting murals, pottery, jewelry and pieces of art inspired by modern artists from the destruction of the two towns.

“Among the Greek exhibits are restored frescos from the archaeological site of Akrotiri, Santorini, that are traveling abroad for the first time,” the Ministry added.

In her remarks made at the opening, Mendoni noted that Pompeii and Akrotiri constitute two “tragic examples of the unequal competition between man and nature.”

The Greek Culture Minister also pointed out what she sees as the need for immediate action on climate change, asking for the Greek initiative’s support for multilateral cooperation and coordinated responses to the threat of climate change on places of cultural and natural heritage.

The exhibition will be open to the public from October 11, 2019 to January 6, 2020  at the Scuderi del Quirinale, part of the Quirinale Palace complex in Rome.