GRNews
GreekReporter.comGreek NewsEconomyMitsotakis Announces Tax Cuts for 2020 and Absentee Ballot for Expats From... 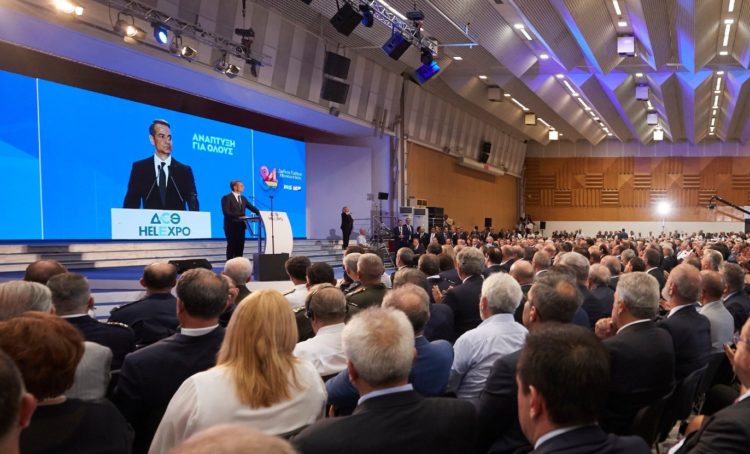 The PM also announced a series of other tax cuts and allowances targeted at specific groups of people, such as young parents, pensioners, and drivers.
He added that the new underground railway of Thessaloniki (metro) will be ready by April 2023.
Trade unions hold rallies and marches in Thessaloniki


Trade unions held protest rallies and marches at the center of Thessaloniki on Saturday, coinciding with the inauguration of the 84th Thessaloniki International Fair (TIF), to demand better pay and pensions, improved working conditions, and stronger labor and social rights.
The General Confederation of Employees of Greece (GSEE) and the civil servants’ union federation ADEDY held a joint rally at the Venizelos statue with the participation of several unions, pensioners, and other groups.
Clashes erupted between police and demonstrators when some of them tried to reach the place where the PM gave his speech.

A separate rally was held at Aristotelous Square by the Communist Party-affiliated trade union faction PAME, attended by the head of the Greek Communist Party and its MPs, among others.
Leftist, extraparliamentary movements and organizations held a pre-rally in Kamara and headed toward the city center but were stopped by police at Agia Sophia.