African Heatwave To Sweep Across Europe, Affecting Greece Over The Weekend 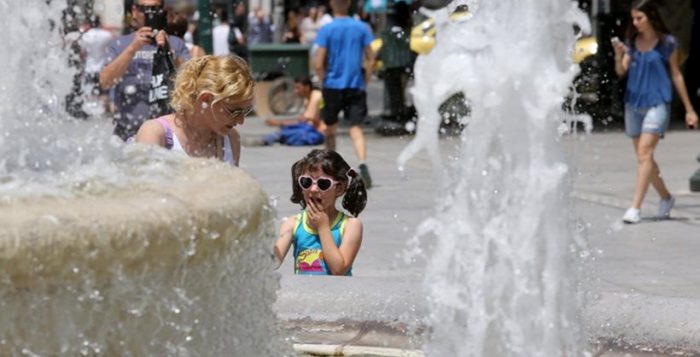 Temperatures in Greece and many parts of Europe will soar over the weekend as the atmospheric instability gradually subsides, the METEO weather service of the National Observatory of Athens announced on Friday.
Extremely hot air masses are expected to spread from northern Africa to Europe beginning on Friday afternoon and intensifying over the weekend, from June 22nd to 23rd.

On Saturday, temperatures are forecast to reach a high of 36 degrees Celsius (97 degrees Fahrenheit) in the plains of Thessaly in central Greece, while the temperature on Sunday is expected to rise even further, reaching 39 degrees Celsius (102 degrees Fahrenheit) in Thessaly.
The high temperatures are expected to start moderating downward beginning on Monday in Greece, starting from the northern parts of the country and moving southward.
The heatwave will persist in western, central and northern parts of Europe, with meteorologists suggesting that the temperatures in Spain, France, Belgium, Luxembourg, the Netherlands and even the UK will be extremely high next week.
With information from AMNA