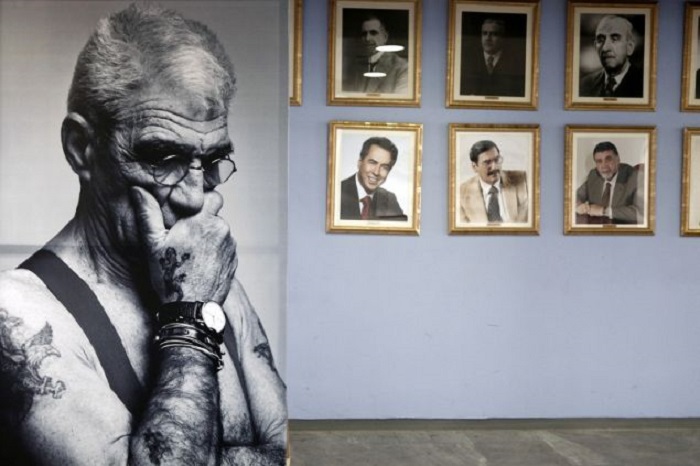 Unconventional Thessaloniki Mayor Yiannis Boutaris announced on Wednesday that he will not run for a third term in the May 2019 local government elections, saying that his “cycle has closed.”
“My decision is personal and not political. After sixteen years in local government, I think my cycle has closed. This, of course, does not mean that I will stop serving the city from other posts,” Boutaris told the Athens – Macedonian News Agency.
The tattooed-clad businessman-turned-politician was elected in November 2010 as the sixtieth mayor of Thessaloniki, and was re-elected in May of 2014.
The man, who in 2012 was chosen as ‘the best mayor of the world’, claims that he succeeded in opening up Greece’s second largest city to the outside world.
“We planted the seed of renewal and extroversion. I believe that the city will create the right conditions so that we will not return to the gray and introverted condition of the past,” he said.
Boutaris declared his wish to build an Islamic mosque, monuments to Thessaloniki’s Jews and to the Young Turk Revolution. According to Boutaris, construction of these monuments will attract Jewish and Turkish tourists to Thessaloniki, who will want to visit the hometown of their forefathers.
As a result of Boutaris’ systematic efforts, visitors to the city from Israel and Turkey increased several times over.
In January 2018, the foundation stone for a Holocaust Museum in Thessaloniki was laid by Greek PM Alexis Tsipras and Israeli President Reuven Rivlin.
Boutaris repeatedly angered hardliners with his controversial statements on the naming dispute with FYROM and the history of Greco–Turkish relations.
On May 20, 2018 he was treated in hospital after being beaten up by a group of Greek ultra-nationalists angry over his appearance at a remembrance event for the Pontic Greek victims of Turkish genocide. 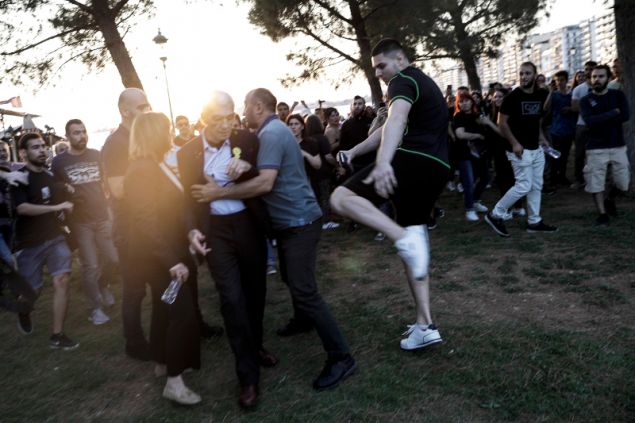 Some cited his controversial remark on the issue during an exclusive interview with the Greek Reporter.
In it, Boutaris explained that he wanted to turn Thessaloniki into a hub for tourists coming from Turkey to pay respects to the founding father of the Republic, Kemal Ataturk, stating: “I don’t give a sh**” if Kemal Ataturk killed or didn’t kill Greeks”.

In an exclusive interview with the Greek Reporter early in 2018, Boutaris called for a compromise solution on the name of FYROM.
“After 25 years of bad relations with Skopje, I think it’s time to compromise and find a name that includes, unfortunately, the word Macedonia and an indication of upper, or north, or new, or whatever,” the Mayor said.

Boutaris was born in Thessaloniki in 1942, the son of winemaker Stelios Boutaris and Fanny Vlachos. Both his parents were from Vlach background. His mother’s family had its roots in the town of Krusevo, now in the Former Yugoslav Republic of Macedonia (FYROM), while his father’s family originated from the town of Moscopole, now in Albania.
His primary education was at the Experimental Elementary School of the Aristotle University of Thessaloniki, and his secondary education was completed at Anatolia College. He graduated with a degree in chemistry from the Aristotle University of Thessaloniki in 1965 and received another degree in oenology from the Wine Institute of Athens in 1967.
From 1969 to 1996 he worked for Boutari, his family’s wine company based in Naoussa. He left the company in 1998 to create the Kir-Yianni wine company, on the property of two estates in the abandoned villages of Giannakochori and Amyntaio.