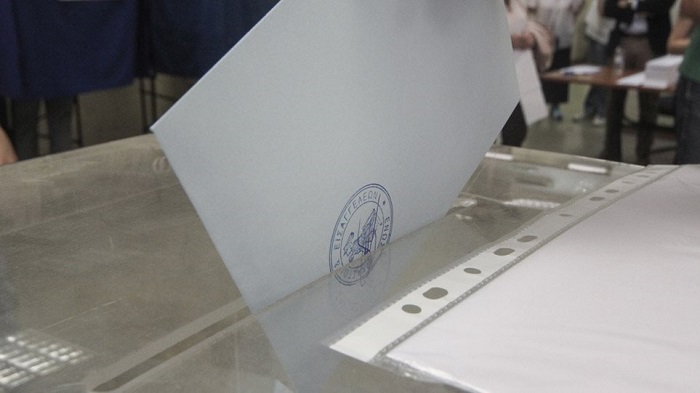 Greece’s main opposition New Democracy party maintains its lead over the governing SYRIZA party, leading by 11 percentage points in a new poll conducted by Pulse for the Skai media group.
One-third (33 percent) of respondents stated they would vote for New Democracy if general elections were held today, compared to 22 percent for SYRIZA.
The extreme right Golden Dawn party is in third place with 7.5 percent, followed by the center-left Movement for Change with 7 percent, and the Communist party (KKE) with 6 percent. No other party garners more than the 3 percent threshold required to enter parliament. 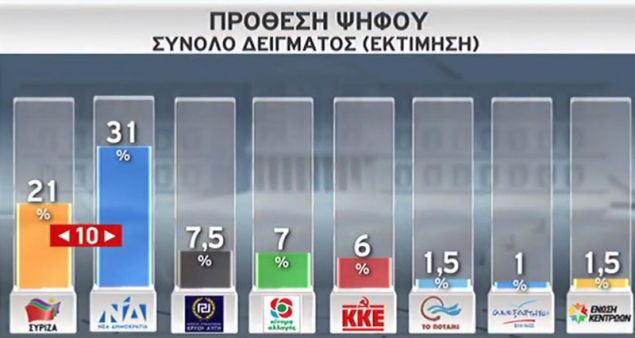 Regarding perceptions of the government’s competence, 63 percent of respondents stated that they had a negative opinion, with only 25 percent expressing a positive view.
Kyriakos Mitsotakis, the leader of the main opposition party, is viewed as the most suitable figure for the prime ministership by 35 percent of the respondents, while Prime Minister Alexis Tsipras was preferred by 22 percent, according to the poll. 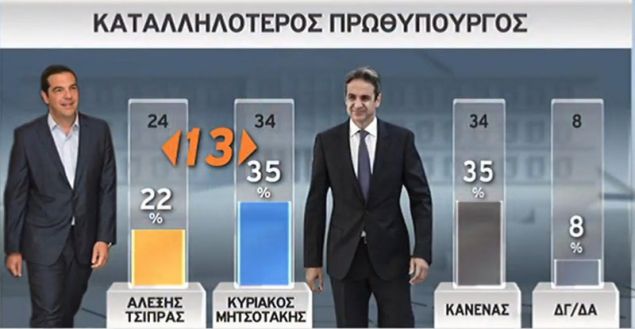 The poll was carried out between October 16 and 18, just prior to the cabinet crisis which emerged over the Prespes name deal that led to the resignation of Foreign Minister Nikos Kotzias.