In Search of Greece's Most Famous Lost Treasure 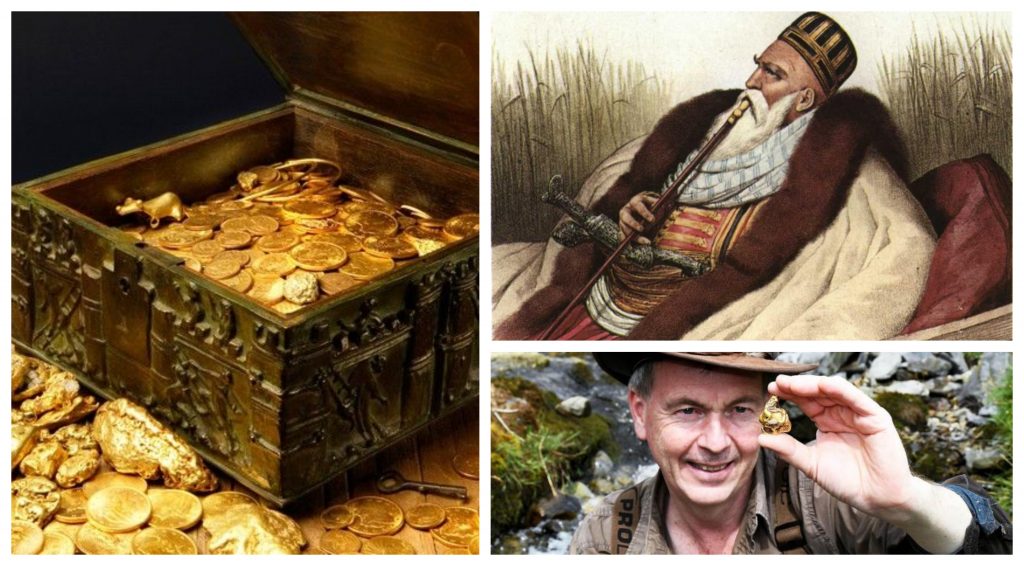 Greeks have been fascinated for decades over the legend that Ali Pasha, an Ottoman ruler, has left an enormous treasure hidden somewhere in Greece. Search parties, have so far, , failed to uncover the hidden riches, but some still persist in the efforts.
Ali Pasha had Albanian roots and ruled in the western Ottoman empire, where today’s Epirus, West Macedonia, and Thessaly regions lie.
Ali managed to gather a huge amount of wealth during the period of his rule, mainly through extortion of locals and robbery, while many historians note that his lack of empathy led him to heinous crimes that gave him even more wealth.
According to historical documents as well as the legends circulating in the areas he ruled, the Ottomans and later the Greeks were never convinced that all of his treasures were found right after his death.
People in Greece‘s Epirus and Thessaly as well as in today’s Albania still believe that somewhere in one of his countless houses, castles and palaces there is a secret room with untold treasures.
In the 1930’s a wide-scale search found a secret tunnel with human remains dating back to Ali’s era but no treasure was found. People believed that this was just the wrong location and the efforts needed to continue.


Since the 19th century, people have tried countless times to find his meticulously gathered large amounts of objects, coins, jewelry, gems and other sorts of precious stones from the areas he placed under his absolute rule.
Generation upon generation, not only in Greece but throughout the world, people have been fascinated by the prospect of finding one of the largest treasures of the Ottoman era, but regardless of the numerous attempts both legal and illegal to locate this treasure, no one has managed to find it yet.

The digging of Vangelis Demas, a Greek–Australian for example, in 2012, drew the attention of media organizations around the world.
The areas between the Greek cities of Ioannina and Karditsa have been the center of these efforts.
According to Greece’s Ethnos newspaper, even historically important architectural monuments of the region, such as the bridge of Petroto or Liaskovo are under threat due to the illegal digging next to the bridge’s very foundations.
The aspiring prospectors try to locate the exact place of the treasure by searching historical archives in a bid to find valuable information and then ask for permission by the local authorities. Some of them, though, do not follow the legal path in acquiring that permission, putting the area’s monuments and wildlife at risk.
Truth or myth, Ali Pasha’s treasure is a story that fascinates people around the world and promises untold wealth to the brave explorers who will be fortunate enough to find it.