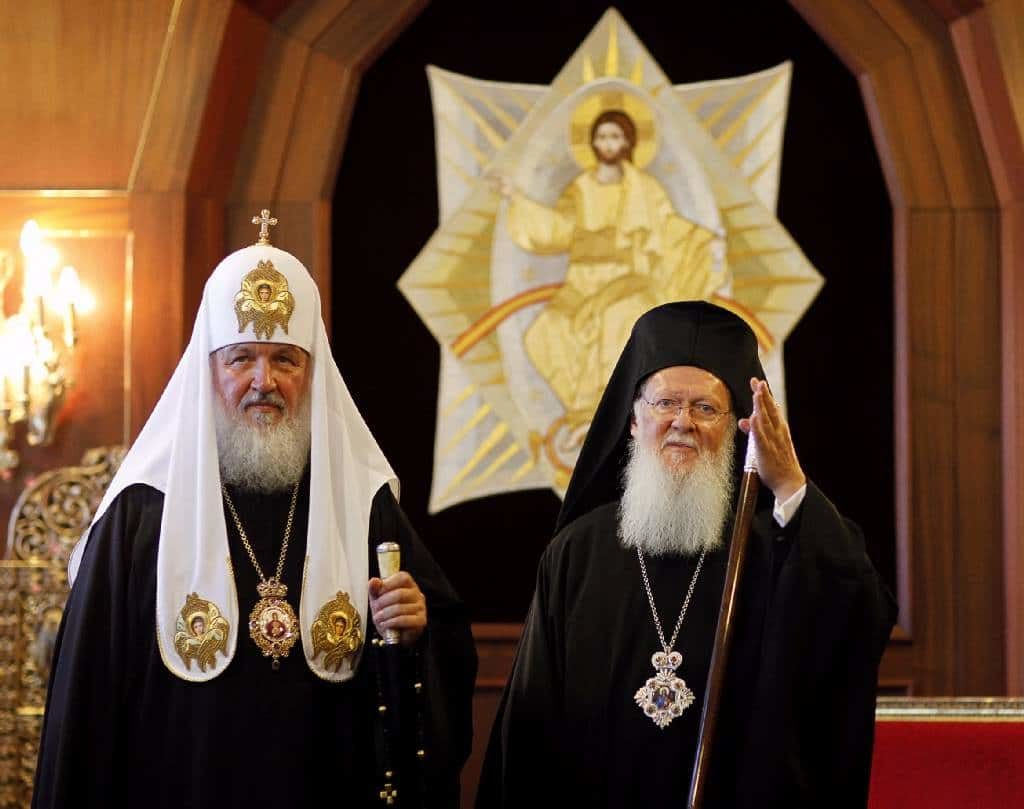 The two churches are in a row over the future of Ukraine’s Church and its affiliations. Accusations come a week after Patriarch Kirill of the Orthodox Church of Moscow visited  his Greek Orthodox counterpart, Bartholomew I, in Istanbul.

In the coming months Greek Orthodox Ecumenical Patriarch Bartholomew I will rule on a Ukrainian appeal to cut spiritual ties with Moscow and become independent.

The Ukrainian Church belongs to the Patriarchate of Moscow and has asked for a separation via the recognition of its Ecclesiastical independence by being granted the status of Autocephaly. Ecumenical Patriarch Bartholomew announced that it will start the procedure for the official recognition of the Church of Ukraine as Autocephalous.

Russian Church spokesman Vladimir Legoyda called this “nothing more than an unprecedented brutal invasion of the canonical territory of the Moscow Patriarchy…Such actions cannot remain unanswered.” He also accused the Greek Patriarchate for not informing Moscow of the decision.

The Orthodox Church in Ukraine is split between a branch whose clerics pledge loyalty to Moscow and one that is overseen by the unrecognised Kiev-based Patriarch Filaret.

Earlier the Ecumenical Patriarchate had sent two bishops in preparation for the
autocephaly procedures.