By John Smith
March 22, 2018
Facebook
Twitter
WhatsApp
Linkedin
Email
Greek diplomacy broke new ground on Thursday as Foreign Minister Nikos Kotzias became the first high-ranking state official to fly directly to Skopje in 12 years.
Photographs published on Thursday evening showed Kotzias alighting from a government jet at Skopje International Airport — recently renamed from being the ‘Alexander the Great Airport’ by the FYROM government.
It is thought Kotzias’ presence marks another step towards a possible ending of the long-running naming dispute between Athens and Skopje over the term ‘Macedonia’.
Greece’s veto at NATO and EU levels has barred the former Yugoslav republic’s way to membership of both international bodies.
However, many Greeks remain opposed to Skopje’s use of the term ‘Macedonia’, saying it is theft of their culture as well as a dangerous step towards ‘Balkanizing’ northern Greece.
Kotzias will have a working dinner tonight with his FYROM counterpart, Nikola Dimitrov. On Friday he have a series of meetings with FYROM’s political leadership and opposition parties. 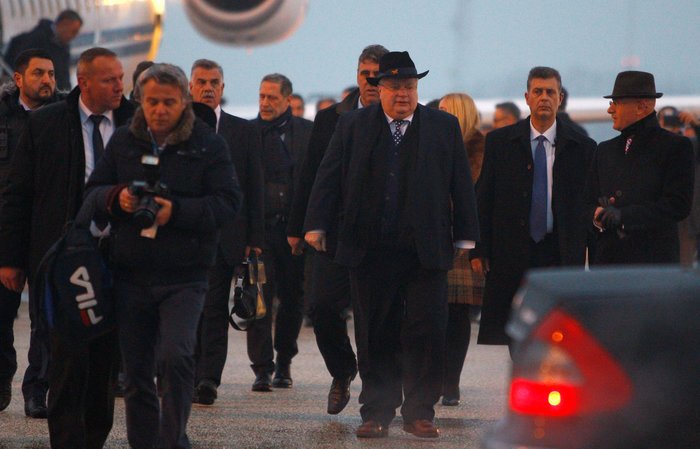 Just days before Kotzias’ historic visit, Athens sent text of an agreement to the Skopje government.
It consisted of proposals for a new name; Greek media report that the proposals on the table are the following:

However, repeated opinion polls in Greece show a clear majority opposed to any use of the term ‘Macedonia’ by Skopje. Greece has witnessed two major demonstrations in Thessaloniki and Athens, attended by thousands of people, against any such compromise.