GRNews
GreekReporter.comGreeceOpinion: Rally for Macedonia was Not All 'Nationalists' and 'Fascists'

Opinion: Rally for Macedonia was Not All 'Nationalists' and 'Fascists' 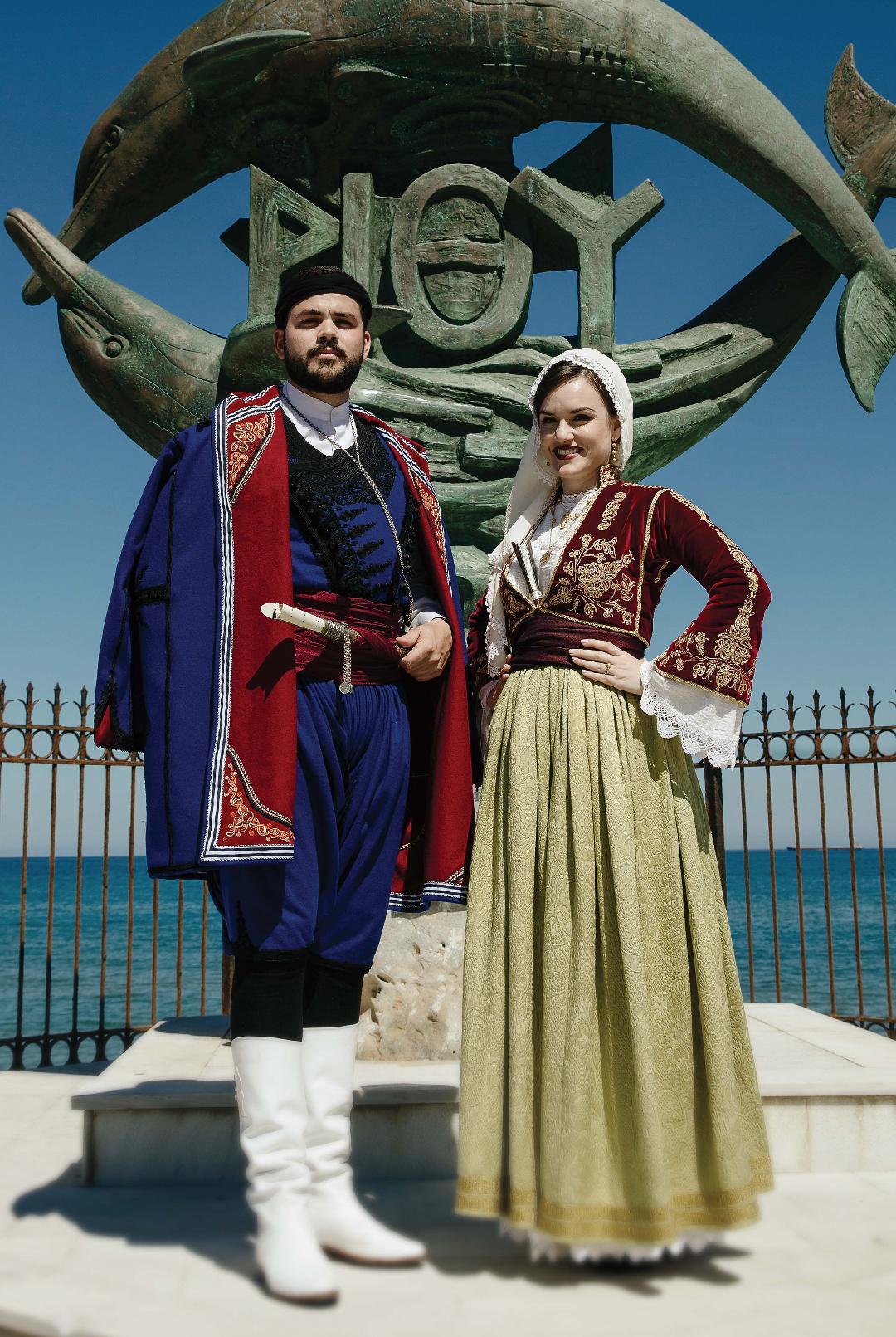 Even before Sunday’s huge rally against the use of the term ‘Macedonia’ by Greece’s northern neighbor, the Athens government tried to vilify or ridicule the hundreds of thousands of participants.
According to them, the people who expressed their disagreement with the FYROM name, were “fascists”, “nationalists”, “extreme rightists”, “racists” or, at least, gullible people who were exploited by all the above.
So it was no surprise that in the aftermath of the demonstration SYRIZA ministers and lawmakers launched a propaganda attack against the speakers and the people who attended.
First they tried to minimize the volume of the crowd. The Hellenic Police, apparently following orders from the Citizen Protection Ministry, estimated the crowd at 140,000.
Organizers spoke of one and a half million people.
In such cases, the truth usually lies somewhere in the middle. Even so, the Sunday Feb. 4, 2018 rally was probably the biggest Greece’s capital has ever seen. 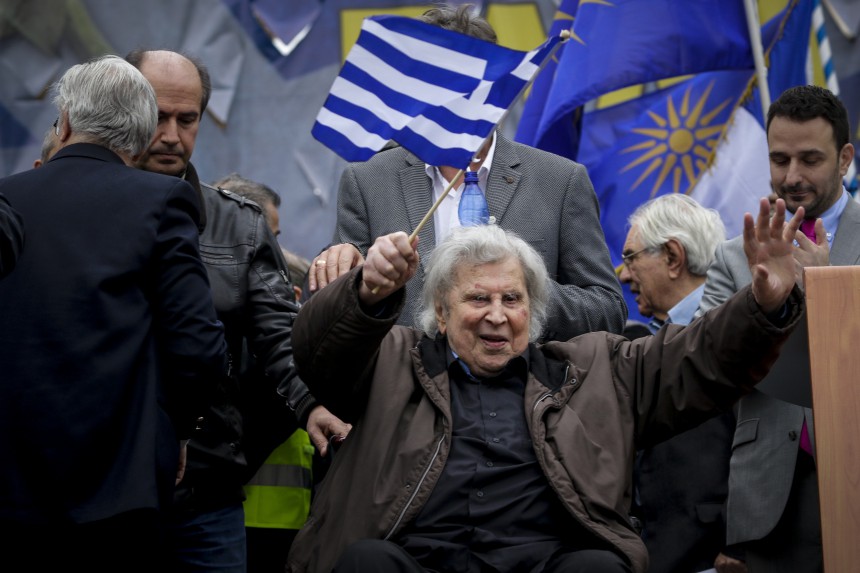 The size of the crowd did not faze the administration’s propaganda. If the Golden Dawn “thugs” were there, then every single participant was by definition associated with them according to SYRIZA and its followers.
Even Mikis Theodorakis (pictured above), Greece’s greatest composer and emblematic figure of the Greek left, who spoke at the rally was vilified for daring to warn the government against any “sell out” of the name of Macedonia.
Former deputy finance minister Tryfon Alexiadis spoke on SKAI radio on Monday focusing only on the Golden Dawn participation in the demonstration rally and the salute of a man on a wheelchair next to Theodorakis that looked like a Nazi salute.
So, according to the office of the prime minister and various SYRIZA officials, the hundreds of thousands of people who flooded Syntagma Square, and all major and side streets that led to it, are affiliated with Golden Dawn, are “sons of torturers of the junta” and are dangerous nationalists.
A close look in the crowd would show a handful of potentially violent Golden Dawn members, or other rightist extremists, or plain fascists. Statistically, every random crowd would include such elements, up to the seven percent or so of Golden Dawn’s voters, according to the latest ballot or recent polls.
But what about the other 93 percent of the crowd? Can one in their right mind bundle them all together with that seven percent? 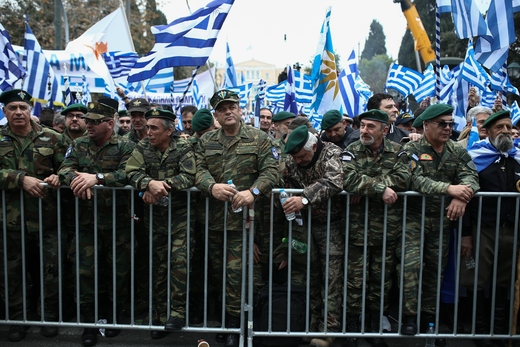 Unfortunately for Prime Minister Tsipras and his party colleagues, the 93 percent of the people who voiced their anger against what looks like the forthcoming “sell out” of the Macedonia name were ordinary Greeks. People of all social strata and political affiliation. Young and old. The volume of the crowd gave them a glimmer of hope. Many of them had voted for SYRIZA in the last elections, hoping for the change the party and its leader promised.
Some of the faces were angry. For the crippling taxation, the ruthless foreclosures, for debts to the state, for their children who are forced to seek a future abroad, for the pensioners’ humiliation, for the general moral and financial impoverishment of Greek society.
And when most material things are stolen from them, their patriotic values, their natural pride is probably the only thing left for them to fight for. 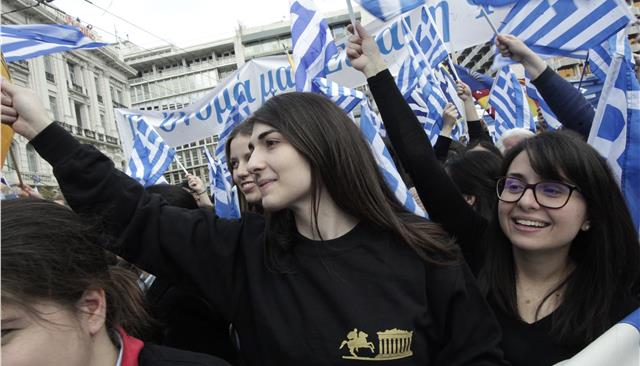 For others, the FYROM name was not the cause but the excuse to be at Syntagma Square and voice their frustration, showing the callous government that they are not for them but against them. Some other faces, and they were not few, showed optimism and joy in being with like-minded Greeks.
It is a political mistake for Tsipras and his administration to ignore and blatantly discredit hundreds of thousands of Greeks. Instead of trying to unite Greeks at a crucial time when the country faces three neighbors with irredentist notions (Turkey, Albania, FYROM), the prime minister prefers to continue his “divide and conquer” strategy. Also, by urging people to abstain from such protest rallies, he looks hypocritical by going against his leftist ideology of activism.
Tsipras’ efforts to make imaginary enemies out of the mass of people in order to please his remaining faithful voters will likely be more harmful for his future plans. The people at Sunday’s rally had heard the offensive comments against the Thessaloniki demonstrators on Jan. 21 and looked more determined.
Today, when the mud-slinging against them is at its peak, they will be even more determined and angrier.