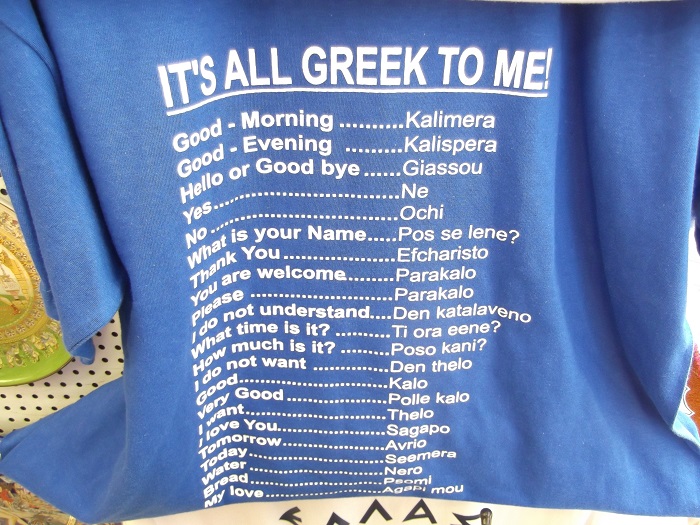 After years of campaigning by academics, educators and Greeks of the diaspora, Feb. 9 has officially been declared International Greek Language Day.
Starting in 2018, the day is expected to spark off initiatives to help spread Greek language and culture worldwide.
Greek has a long and well-documented history — the longest of any Indo-European language — spanning 34 centuries.
It holds an important place in the history of the Western world and Christianity; the canon of ancient Greek literature includes works such as the epic poems of the Iliad and the Odyssey.
Greek is also the foundational language of Western science, especially astronomy, mathematics, logic, and philosophy, such as the Platonic dialogues and the works of Aristotle. The New Testament of the Christian Bible was written in Koine Greek.
Together with the Latin texts and traditions of the Roman world, the study of ancient Greek writings and society constitutes the discipline of Classics.
13 million speakers
Keeping that Roman link, it was the Greeks of Italy who were the first to propose an international day for the Greek language. The Athens government eventually adopted the proposal and the plenary session of the Greek parliament unanimously accepted and institutionalized it.
The specific date coincides with the Commemoration Day of Greece’s national poet, Dionysios Solomos, whose lengthy poetic composition To Freedom makes up the lyrics of the Greek national anthem.
In the modern world, the Greek language has not been restricted by borders. Countless Greek words enrich other languages, culminating in the international medical terminology in which about 80 percent of the scientific terms have a Greek root.
As the official language of two EU member states, Greece and Cyprus, it is one of the 24 official languages of the European Union and by a rough estimate, is currently spoken by nearly 13.2 million people in Greece, Cyprus and the Greek diaspora around the world.