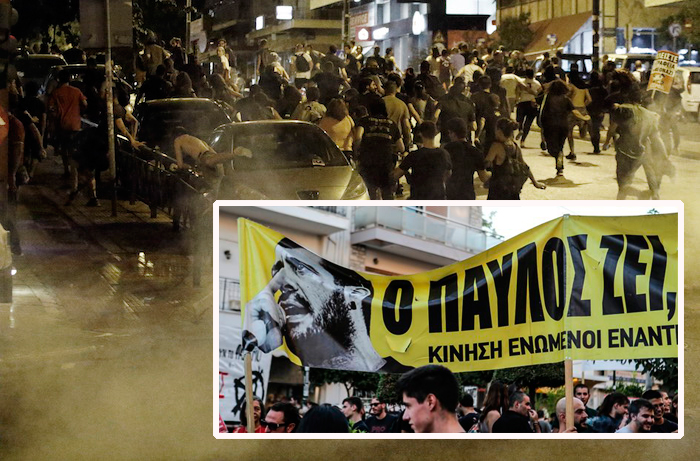 Greek police fired tear gas at protesters who hurled petrol bombs in Athens on Saturday during a rally marking four years since the killing of an anti-fascism rapper by an neo-nazi Golden Dawn supporter.
Clashes broke out on Saturday after dozens of hooded demonstrators broke off from a march of about 2,000 people, including activists and migrants, towards the Golden Dawn offices in central Athens. 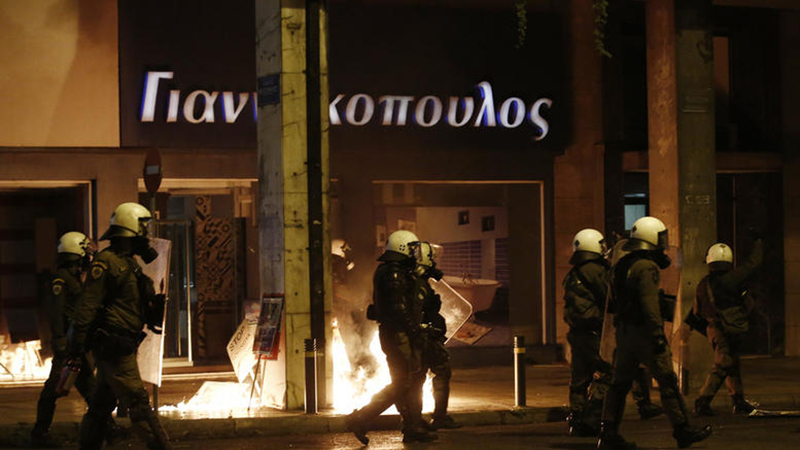 Protesters shouted “Pavlos is alive! Crush the Nazis!” and held up banners demanding the party’s offices are shut down and its members are jailed. Police buses and officers in riot gear blocked the column from reaching the building. 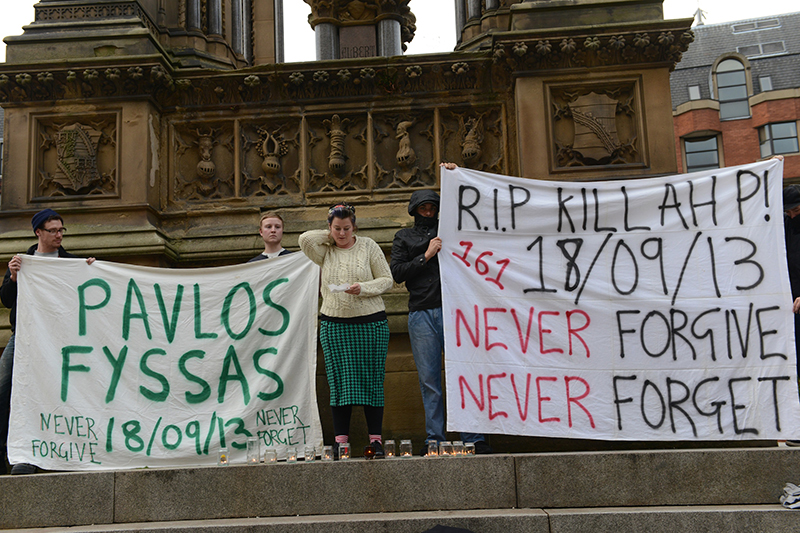 The killing of Pavlos Fyssas, who performed under the stage name Killah P, had sparked protests across Greece and led to an investigation into Golden Dawn for evidence linking it to violent attacks.
The trial of Golden Dawn party members is in its third year. Its resumption last week after a summer break went largely unnoticed, although it has been called “the biggest trial of fascist criminality since Nuremberg.” 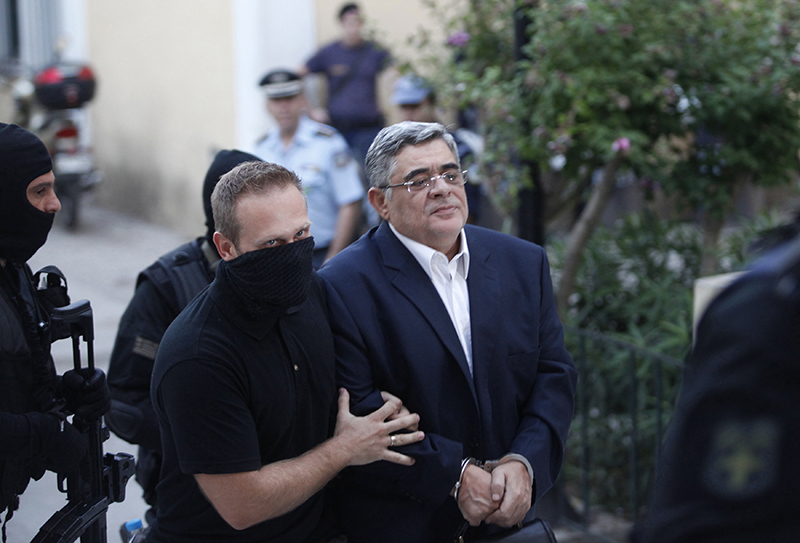 This effort to dismantle the organization has turned into a long, winding process, largely ignored by the media. Victims are still waiting to see justice as Golden Dawn’s racist ideology and violence continue to threaten minority groups in Greece.
The widespread interest by international media about the trial has done little to facilitate its conclusion. The traditionally slow-moving wheels of Greek justice have been particularly idle in this high-profile criminal case, which could have political repercussions around the EU. 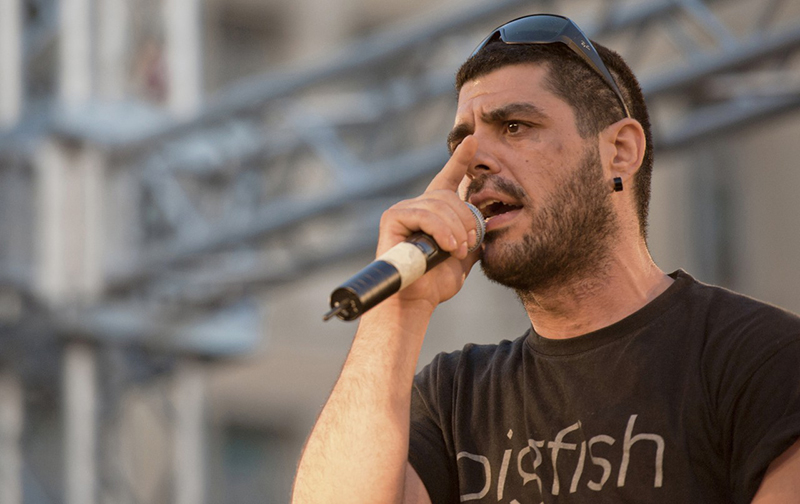 What makes the trial of Golden Dawn unique, is that Greek prosecutors seek to prove that the neo-nazi political party is actually a criminal organization. The group’s future may hinge on whether they can prove that its political leadership directed the battalions that committed various crimes, including deadly attacks on immigrants.
One hundred twelve out of 131 witnesses have been heard, but the trial is not projected to be concluded before the end of 2018. The Golden Dawn lawyers have used various delaying tactics to push a verdict further back.
The outcome could shape the future of other neo-Nazi parties and groups in Europe but in Greece, Golden Dawn’s popularity appears unwavering, with a solid 7 to 8% of Greek citizens still supporting it, according to recent polls.