Most Greeks Believe 2015 Referendum was Damaging for Greece 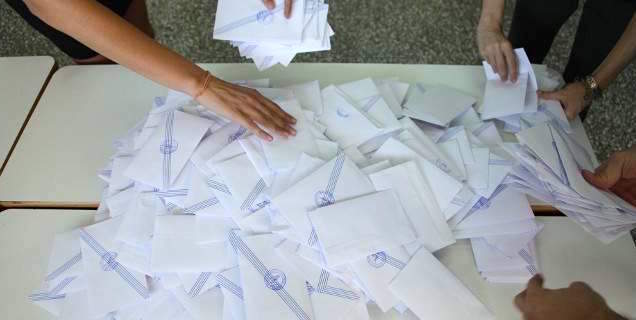 More than half of Greek people (56%) believe that the July 5, 2915 referendum was damaging for the country, while only one in three (34%) believe that it was good for Greece. The poll was conducted by “Aboutpeople” using a sample of 601 respondents on behalf of Athens Voice weekly newspaper on the occasion of the approaching two-year anniversary of the referendum.
The question of the referendum was whether Greek people agree with the measures proposed by creditors in order for Greece to exit the economic crisis. The majority of Greeks (almost 61.31 percent) voted “No” and 38.69 percent voted “Yes”.
Today, some of those who voted “No” seem to have changed their minds, as 55.9 percent of respondents believe that the 2015 referendum was finally wrong, while 34 percent believe the opposite.
The majority of participants (51.4 percent) felt that the referendum was rather damaging to the country, while only 7.3 responded that it did good, with 38 percent replying that it was neither good nor bad.
Commenting on the poll, political analyst Eftichis Vardoulakis noted that “two years after, the referendum is seen as a hangover after a frenetic party…Today it is perceived as something harmful that has been badly carried out. The reason for this shift is the results that accompanied it. The referendum was linked to a bargaining defeat and the denial of the expectations that accompanied it. Due to the strong identities that were created at that time, many citizens now feel that the instigators of the referendum became part of that failure. And this is what the citizens are disgusted with. They consider that the failures are political, not theirs. And they even turn against those who tried to make them part of the failure.”
Asked whether they want Greece to stay in the European Union, 62 percent of respondents are pro-Europe while 29.2 are in favor of a total Grexit. In January 2017 the pro-EU percentage was 62.5 percent and in January 2016 it stood at 70.3 percent.

Giannis Antetokounmpo’s NBA Draft Class: Where are They Now?