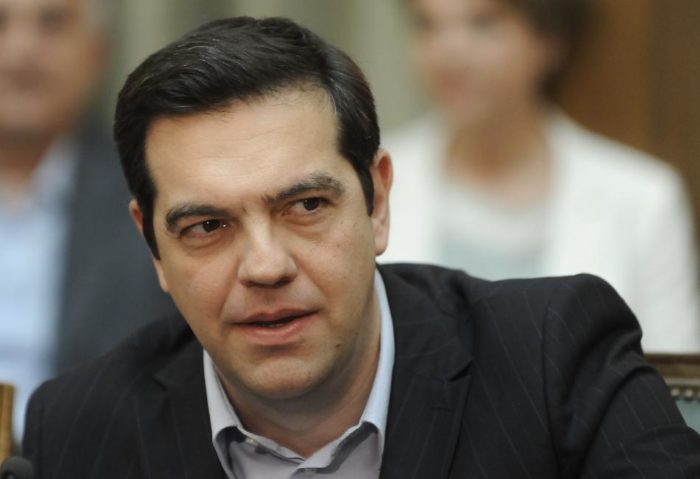 Changing the European Game: Momentum for Growth
The European ideal should not fade. But there is more to it than its mere survival. It will take more than that: the European ideal must inspire people again. It needs to become stronger, today more than ever. The voices, which call for a new governance of the Eurozone, are increasing, as well as those who demand a new impetus for growth across Europe and these voices must prevail again.
These are the voices of European people. Among them, a new European identity has emerged, as well as the expectation for a new course of equality and social justice. For a new era, away from the mistakes and exaggerations of the past. An era of sustainable development and prosperity for all.
Europeans as well as Greeks have suffered a lot during the financial crisis. Although Greece has been affected by the crisis more than any other country, we have not asked for any exceptions or favor. We have instead made, probably harder than anybody else, efforts to restore our dignity at the international and European levels. And that is why today we are striving to rebuild our lives, to create jobs and to regain our status in the European economy.
The Greek people and government have been working in this direction over the past two years. The facts speak by themselves:
The country has been going through a lot since 2010. The fiscal adjustment programs implementation skyrocketed unemployment to as much as 30% in 2013, shrinking GDP by 25%. They have pushed large parts of the population into social exclusion and undermined the economic recovery of our country. But today we do not want to talk about the past. Today there is an urgency to talk about the future.
In favor of that future, the Greek government made tough decisions in the summer of 2015. Ever since, it has implemented a structural adjustment and reforms program that has led to expenditure reduction and increased revenue amid an already shrunk economy. We have liberalized regulated professions, implemented a VAT reform, reformed the energy market, and implemented reforms for depoliticizing the public administration. We have put forward an agreement upon privatization program, while passing legislation for improving the framework for investment.
Over the two years of our governance, Greece has implemented more reforms than all other European countries combined. Additionally, we have taken a step further; we agreed on changing our fiscal policy mix in 2019 and 2020, and we have already passed the proper legislation, so as to reduce the reservations of all our lenders regarding our ability to achieve consistently the agreed budgetary goals; yet another difficult decision for Greece for the sake of a common European future.
We have undertaken all this effort in order not to shift the burden to the coming generations; neither in Greece nor in Germany. The outcomes are obvious: OECD projects a growth rate of 1.1% for 2017. In 2016, we achieved a primary surplus of 4.2% of GDP, far beyond the target of 0.5%, astonishingly for whole Europe. And in 2017, too, it is expected to outnumber the targets and to be higher than 2%.
Greek debt, however, constitutes a constant impediment to growth. Currently, it amounts to 320 billion euros approximately, equivalent to 180% of our country’s GDP. Why is that? Because the GDP has shrunk by almost 50 billion euros since 2010.
Therefore, the answer to the problem of Greek debt sustainability is, above all, growth. A just, viable and sustainable economic growth.
The first prerequisite is a solution on the debt issue. So that the Greek economy can breathe again and to restore markets — credibility towards our country. The debt measures that need to be agreed, cannot be considered just as a reward for reforms implemented by Greece, but mainly as a rational choice to the benefit of growth and Greece’s capability to continuously meet its debt obligations. This is not about lending more money to Greece, but on the contrary, to prevent the necessity of new loans.
The second element of the answer is no other than an ambitious growth program. A program that will not be based on new loans but it will be focused on actions to promote and attract private investments to Greece. A strong reform dynamism can be observed across the Eurozone. Whereas Europe seeks to champion energy transition, we should jointly invest in a growth model focusing on people and climate. Let us invest in a real, job-generating European growth policy. Let us invest in education and research, creating future industries and the jobs of tomorrow.
For Frenchmen, Germans or Italians, the Greek debt is hardly more than a headline in the newspapers. For my fellow citizens, however, it is a daily agony amid an effort to change their country, to stand again, to start-up businesses that create jobs and growth.
While the British and the EU begin negotiations regarding a historic break, our task, as members of the Eurozone, is to make a historic decision to the benefit of growth and employment.
In the next days, a substantial meeting will take place. It will be of historic importance for democracy and growth. We look forward to that Eurogroup meeting with hope and expectation. Because we have implemented our commitments and remain committed to our European course. With respect for the rules of our common European home, we expect the same from our creditors; to respect the very rules they have made — to respect Greece.
Let us not allow prejudice, stereotypes and resentment to continue the damage they have already done in Europe. Let us trust reason, let us trust the facts. Europe must re-inspire us and we must re-inspire the people of Europe. They need it, just like we need it!
Source: ANA-MPA