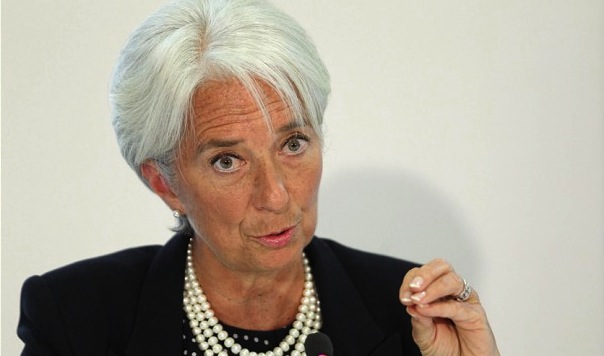 A new offer by International Monetary Fund Managing Director Christine Lagarde may get Greece’s creditors out of the impasse they are in which will allow for the euro zone to release a tranche of aid, says a Reuters report.
Lagarde’s suggestion entails an agreement by which the IMF partakes in the bailout, paying out aid once the debt relief measures are made clear.
“There can therefore be a program in which the disbursement only takes place when the debt measures have been clearly outlined by the creditors,” she told Handelsblatt.
Eurozone finance ministers are still not in agreement with the IMF on debt relief terms for Greece and did not give Athens the new loans, however, they recognized the significant progress made with reforms.
According to Handelsblatt, the compromise could allow eurozone finance ministers to release a tranche of aid later this month to be agreed on at their meeting on June 15.
With about 7 billion euros of  debt maturing in July, Greece is in dire need of the 86 billion-euro loan in its current bailout program.
Greece is also hoping that eurozone ministers will provide enough insight in June regarding debt relief measures that could possibly happen after its bailout ends in 2018. Reuters added, that Greece must show investors its debt — now at 197 percent of GDP — will be sustainable and help it return to bond markets as early as this summer.