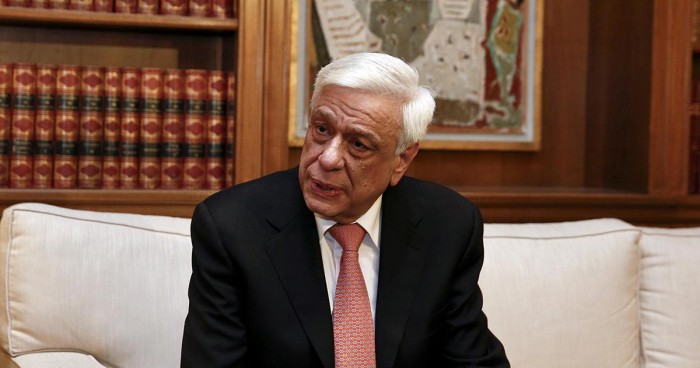 President of the Hellenic Republic Prokopis Pavlopoulos on Sunday voiced his disagreement with the idea of a “multiple-speed Europe,” stressing that Europe needs to protect its unity and that this “does not have speeds.”
Addressing an event where he was named honorary citizen of the Greek municipality of Ermioni, Pavlopoulos noted that Greece’s history had repeatedly shown that “the great and important things we achieved united, while every disunity has resulted in painful injury, striking even to our national core.”
“So now we have an obligation, always with respect for the ideological and political individuality of each of the democratic political forces, to proceed united to deal with the deep crisis for our country and our people,” Pavlopoulos added.
Greece’s progress has been defined by an unswerving dedication to the country’s European path, given that this path leads to the defense of both the country and of the entire European edifice, thus by extension to the European ideal “whose roots are by general admission Greek,” Pavlopoulos said.
“In this framework I should like to conclude by stressing the following: the best way to honor the 60th year since the start of the European Union, especially with the opportunity of the emblematic summit meeting in Rome on March 25, is to protect its unity. And sticking to proclamations is not enough,” he said.
At this critical time, the president added, the EU needed real will and bold decisions for the defense of its future. “On this path and in this direction Greece can and must play a leading role — and it will,” he added.
Source: ANA-MPA