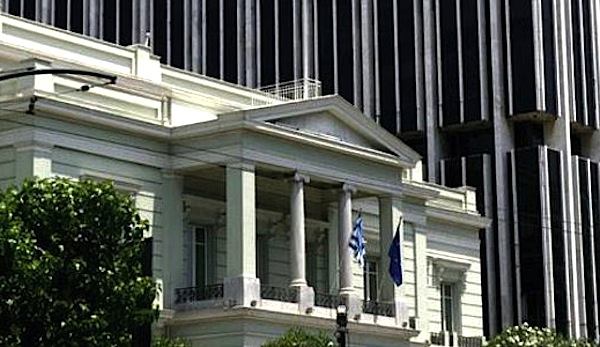 Greece’s foreign ministry criticized comments made by Turkish Foreign Minister Mevlut Cavusoglu on Friday about the islets of Imia and the eight Turkish servicemen who requested asylum in Greece, saying personal attacks do not promote the relations between the two countries.
“When someone is unable to respond in a political manner to events, it may be this person does not understand them. One may not understand the technical, legal and political aspects of the issues and therefore chooses personal attacks instead […] that do not promote the relations between the two countries and are foreign to our political culture,” the ministry said.
Asked in an interview with Anadolu Agency on Greek Foreign Minister Nikos Kotzias’ remarks that the Turkish “general staff chief couldn’t set foot on the Imia even if he wanted to,” Cavusoglu was quoted as saying: “If his duty was to do so, he would have done it. Let’s not forget that we set foot on the places we were supposed to. Our stance on Kardak is clear.”
Commenting on the Greek Supreme Court’s decision not to extradite “Turkey’s 8”, Cavusoglu claimed Greece is “preventing the traitors from being prosecuted for their crimes” which is “not in line with good-neighborly, friendly relations.”
(source: ana-mpa)