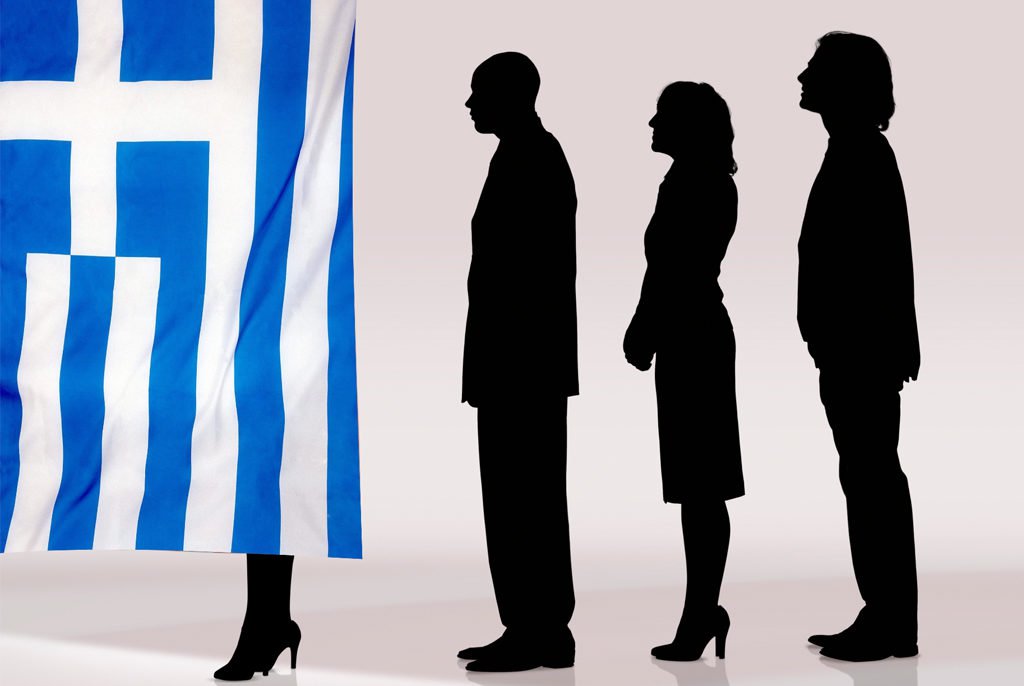 A new opinion poll shows the conservative opposition party gathering twice as many votes as the ruling leftist party, while eight in ten Greeks are disappointed with the government’s performance.
The survey conducted by the University of Macedonia on behalf of SKAI television, shows New Democracy in the lead with 33% of potential voters versus 16.5% of SYRIZA.
Ultra-rightists Golden Dawn come third with 7.5%, followed by the Greek Communist Party at 7%, the Democratic Coalition at 6.5%.
According to the new poll, the remaining parties do not make it in the House as they don’t get 3% of the total vote, as required by the electoral law. Specifically, the Centrists Union gathered 2%, Independent Greeks, To Potami, Plefsi Eleftherias were at 1.5% each, while Popular Unity received only 1%.
In the poll, participants expressed their pessimism about the state of things in Greece, as 87.5% believe that things are moving in the wrong direction. At the same time, 81% believe that the celebrations of the ruling coalition for two years in government do not reflect reality because the government performance is negative. Even 62% of SYRIZA voters believe that the administration’s work only brought negative results. Furthermore, 41.5% of respondents think that things would be better if the Antonis Samaras government remained in power in 2015.
At the same time, 52% of respondents said there are no differences between the conservative and the leftist party, while 45% see differences in political philosophy between the two.
Regarding the way the administration handles negotiations for the second bailout program review, 52% think the government’s strategy is wrong and 34.5% believe that the strategy is not stable, sometimes it is correct and sometimes incorrect.
In any case, the vast majority (78.5%) believe that the bargaining for the evaluation will be closed with new, additional fiscal measures. Only 6.5% believe that the review will close without the need for new measures. In case of a deadlock in talks, 34% of citizens are in favor of an all-party government formation, while 33.5% believe that the government should resign and go to elections. Also, 13.5% believe that negotiations should continue until the review is closed, while 11.5% are in favor of a referendum.
Finally, 36% of citizens would like to see a New Democracy government after the elections or a coalition fronted by ND, 19.5% would prefer a SYRIZA government or a SYRIZA-led coalition. Only 14% would prefer an all-party government.