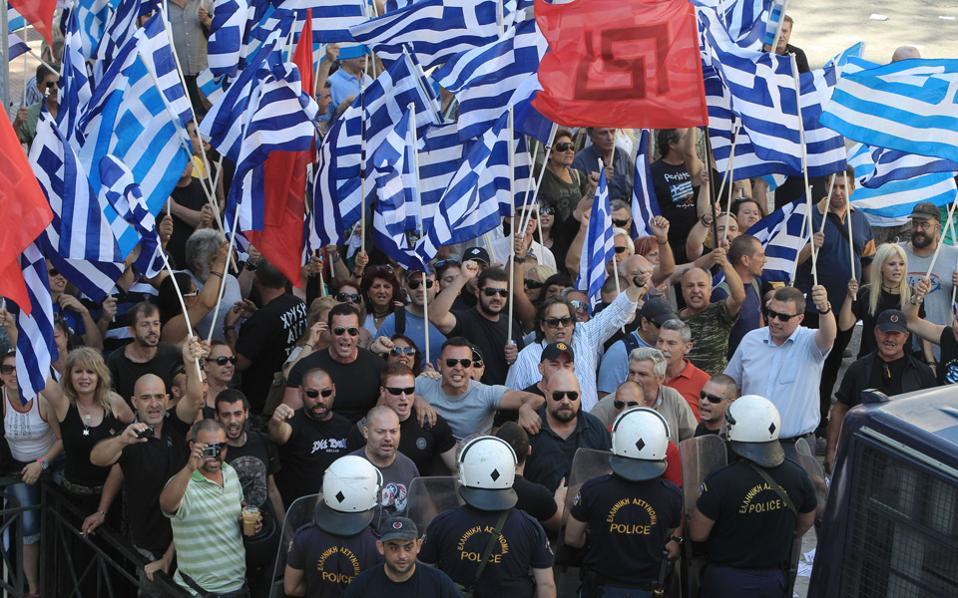 On Tuesday Ilias Kasidiaris, a senior member of the neo-Nazi Golden Dawn party conveyed the party’s xenophobic rhetoric regarding refugees. The speech took place at a rally on the Greek Aegean island of Chios, where there are currently 2,686 refugees living in overcrowded migrant reception centers.
There is another Golden Dawn rally scheduled to take place on Wednesday on the island of Lesvos, one of the biggest “hotspots” in the refugee crisis. The political parties of SYRIZA, the Communist Party (KKE) and Popular Unity have all denounced the extreme right’s xenophobic rhetoric.
Amidst political tensions rising regarding xenophobic and extreme-right rhetoric, fears are also rising throughout the country that Greece’s migrant camps are a ticking time bomb as people live under difficult, overcrowded circumstances, trapped in Greece since FYROM and other EU countries closed their borders to migrants last spring. Sources report that local observers have said that the Aegean islands are “dangerous and could get out of control at any moment.”
According to the latest government reports there are 16,194 refugees seeking shelter on the Aegean islands. In all, 6,154 are on Lesvos, 4,144 on Chios, 2,686 on Samos, 2,004 on Kos, 915 on Leros and 285 on Rhodes. In all there are over 60,000 migrants trapped in Greece living in migrant reception centers while waiting for their asylum applications to be reviewed.