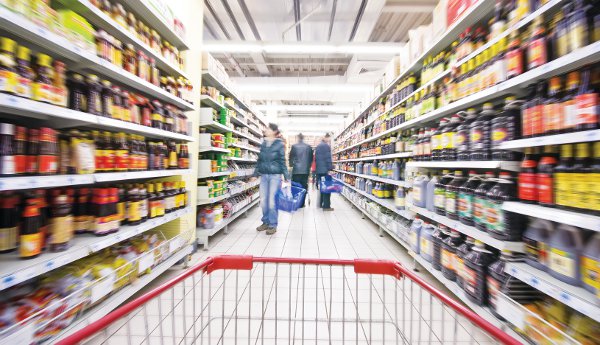 Food prices keep increasing while household incomes are strikingly low, according to data recently published by Eurostat.
The European statistical agency says that food prices in Greece have seen a general increase of 2.3 percent from last year, while the rest of the eurozone only saw an average of 0.9 percent increase during the same time period.
The hikes in prices can be attributed greatly to the increase in VAT, or the percentage of taxes on food. The tax on food has risen considerably over the past couple of years, from 13 to 23 percent and now to 24 percent.
With the constant salary cuts in Greece seeing the average monthly disposable salary at only €693.39 for full-time employment according to numbeo.com, the rising prices in food is unwelcome news, making it even harder for struggling Greeks to make ends meet.
Some specific numbers the data from Eurostat showed was that fruit prices have risen 4.2 percent year-on-year and vegetable prices have risen 7 percent from 2015.
Even more frustrating for Greeks is that the report reveals that goods produced in Greece are also some of the most expensive to buy in the country, and that Greece saw a 2 percent increase this year on basic breads and cereals, while the rest of the EU member states saw only 0.2 percent or less of a price increase on those specific goods.
In all, the data shows that when it comes to prices of milk and eggs, Greece is the most expensive member state in the EU, the fourth most expensive market for fish, comes in sixth in bread and cereals and even for olive oil Greece comes in eighth place.