Food Prices on the Rise in Greece 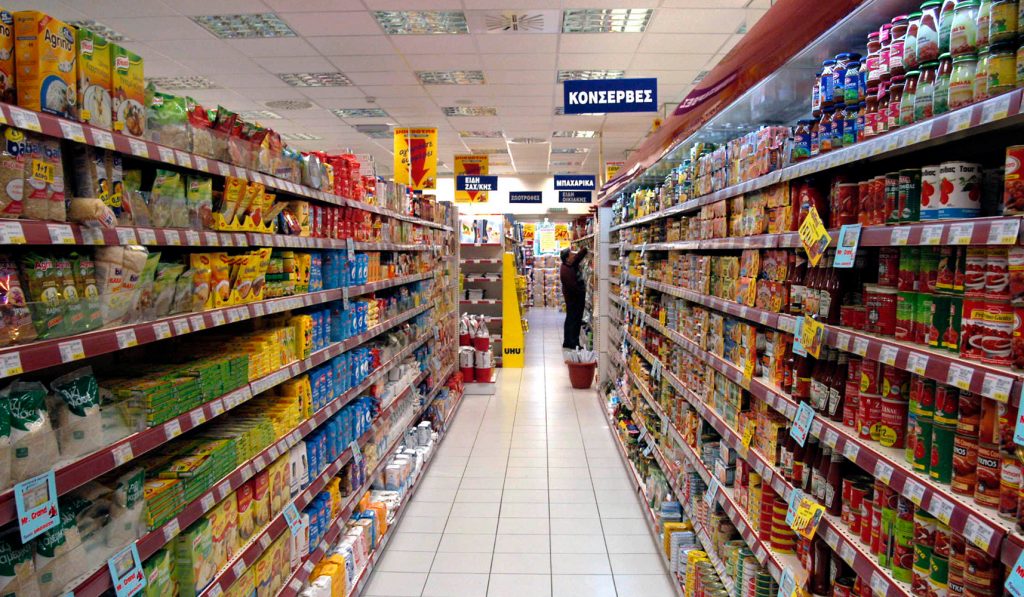 The prices of basic food items in Greece have increased up to 18% in one year, despite the recession and high unemployment, says a new study.
The study was conducted by the Labor Institute of the General Confederation of Greek Workers (GSEE) based on data from the Hellenic Statistical Authority (ELSTAT).
Figures for the period December 2014-December 2015 show significant price increases in staples such as potatoes (18.6%), olive oil (14.1%), fresh vegetables (5.5%), eggs (3.7%), coffee (9%), bread and cereals (2.9%), sugar (5.4%), dried fruit and nuts (10.5%), milk (1.8%) and other foods (6.9%).
Experts of the Competition Commission highlight some of the reasons for the price increases:
-The recent increase in VAT rates
-Fresh produce markups are due both to the continuously shrinking domestic agricultural production and also to incomplete checks during movement of products
-The lack of competitiveness of the food supply chain
-The difficulty businesses have to access funding sources, intensified after the imposition of capital controls and the outflow of deposits abroad
-The increase in the tax burden of businesses
-The cartel activity between businesses in price fixing, limiting production and dividing the market
It should be noted that the food price increases happen at a time of prolonged recession, unemployment at 25% and as wages have shrunk at an average 23%.