Most Young Greeks Earn Less Than 500 Euros Per Month 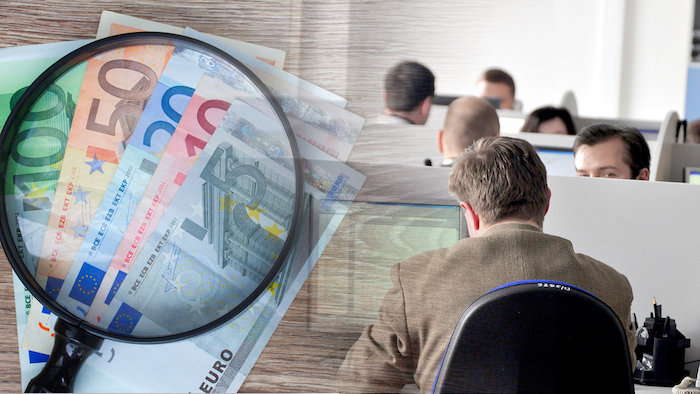 Employment search engine Kariera.gr published data concerning wages in Greece. The study, conducted in collaboration with the Human Resources Workshop of the Marketing and Communication Department of the Economic University of Athens from April to May 2016 found that 45.6 percent of young people aged from 18-35 years receive less than 500 euros per month in net wages.
The study was conducted on 5,208 people aged from 18-25 years who were students or college and university graduates. The data revealed that 71 percent of young people from 30-25 years were employed whereas 52 percent of those aged from 18-29 years were employed.
Income, however, had noted differences according to the age of respondents. Of those from 18-29 years, 45.6 percent cleared less than 500 euros per month in earnings. The level was slashed to 21.3 percent earning that amount aged from 30 to 35 years. The next salary level (501-850 euros per month) showed levels practically the same among the two groups, however, the gap between the age groups widened for income levels over 851 euros per month, with 47.6 percent of those aged from 30 to 35 and just 21.4 percent of those from 18 to 29 years earning these amounts.
Most respondents placed personal and professional development (7) slightly above pay (6.98) in their choice of employment, followed by work environment (6.87), interesting employment (6.09) and job security (5.98).
The study found that the dream of working in the public sector is no longer as important with just 8 percent of young people desiring a state job, and 6 percent in the wider public sector. 73 percent of respondents wanted to work in a private sector business, whereas 9 percent want to be self-employed and 4 percent want to work in an NGO.
One out of every two young people questioned say that their life has been influenced by the economic crisis. In the list of companies where they would most like to work, young people listed Google, followed by Coca-Cola Tria Episolon, Sklavenitis Super Market, the Hellenic Telecoms Organization, P&G Hellas, Karelia Tobacco Company, Hellenic Petroleum, Microsoft, Nestle Hellas and Elais-Unilver Hellas in their top 10 choice.