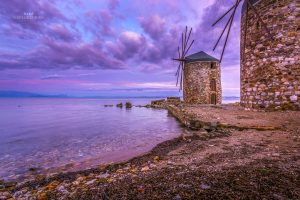 Egypt’s press reports that Greece’s fifth largest island – Chios – is owned by Egypt and that Greece has stopped paying the U.S. $1 million in rent for the exploitation of the island. Articles on the issue quote former Egyptian Endowments Ministry official Atef Othman who points to the island as a gift to Egypt by an Ottoman sultan to Mohammed Ali Pasha in the 19th century.

Atef states that an agreement between Greece and Egypt in 1997 recognized the Egyptian deed to the island with Greece agreeing to rent it from Egypt for a million U.S. dollars per annum however. stopped paying rent following another agreement in 2015 that redefined maritime borders with Egypt and transferring sovereignty of Chios over to Greece.

The comments sparked controversy in the Egyptian media with a number officials contesting Atef’s statement by heading to archives where there is no reference to the reported deal. Harvard University historian Khaled Fahmy states that the news coming from Endowment Ministry officials pointing to no deal between Greece and Egypt in state archives shows that the “ministry is unaware of Egypt’s heritage there.”

Two Egyptian lawyers have already filed a complaint against the Egyptian government on the grounds that it gave up an Egyptian island to Greece, whereas Egyptian deputy Haitham al-Hariry wants the government to provide clarification regarding agreements between Greece and Egypt on Chios’ ownership. According to the professor, Egyptian endowments are not on the island of Chios but Thassos, north of the Aegean sea that was under Ottoman occupation in the 15th century, a century before Egypt came under Ottoman occupation. He states that Egyptian endowments in Thassos date back to the 19th century when Ottoman Sultan Mahmoud II gave over farm land to Ali as a reward for his military triumphs in the Arabian Gulf. “Egypt had never had any ownership claims to the island, but some endowments as rewards to Ali,” says Fahmy. Later, Ali used the endowment to build an Imaret in his hometown, Kavala, used as a school for poor children.

By the 20th century BC, the Egyptian presence on the island weakened and the Imaret fell into ruin until a Greek woman, Anna Macyrian, rented it from the Egyptian Endowments Ministry in 1997 and renovated it into an architectural wonder to serve as a cultural hub and hotel. Fahmy says that Macyrian acknowledges Egyptian ownership of the area and has a flag hanging at the entrance where a large statue of Ali is located. She entered a 50-year contract with annual rent on the building.

A statement by the Egyptian government dated August 21 announced that the Egyptian Embassy in Athens has been delegated to investigate Egyptian ownership claims in Greece, whereas an Egyptian delegation is set to visit Greece to look into the matter.

The Egyptian Bibliotheca Alexandrina’s Center for the Documentation of Cultural and Natural Heritage (CULTNAT) is currently working on creating a registry of Egyptian property in Greece but this is a long and difficult process.

Media reports coincide with controversy over an April agreement between Egypt and Saudi Arabia over the redrawing of maritime borders that met with public disapproval and criticism that Egyptian authorities sacrificed Tiran and Sanafir islands to its wealthy allies.

Mithridatis: How a Rapper Shook Political Normalcy in Greece

Greece Must Recognize Artsakh to Atone for Envoy’s Propaganda Tour