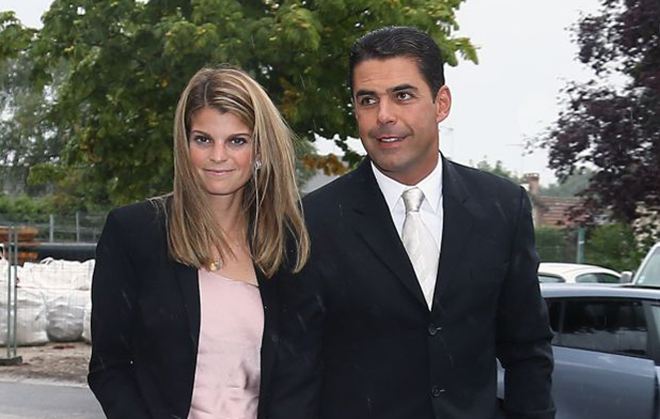 Billionairess Athina Onassis, aged 31, has kept her lips sealed concerning the cause of her marriage breakdown with Olympic medal-winning husband Alberto Affonso de Miranda Neto, otherwise known as “Doda.” Daily Mail Online published exclusive reports that the decade-long marriage ended after Onassis caught him having a one-night stand with the blonde sister of an international equestrian at the $2 million home that the heiress had bought in Wellington, Florida last year.

Doda was caught in the act while in bed by his wife’s security team. Daily Mail reports that he begged the security to cover-up the story, but bearing in mind that Onassis is the one paying the bill, one of the employees went straight to her and told her the truth. Adultery, being a deal-breaker for Onassis, caused her to pack her bags and leave for Europe.

“It was apparently a one-night stand, there was nothing serious going on between them,” a source told the Daily Mail.

Doda, having lost his $5-billion meal-ticket is rumored to be heartbroken. The horseman has vowed that he will fight until the end to find his way back into the life of the heiress.

Athina had tried to find happiness with Doda, his daughter and her horses. She learned Portuguese and had liposuction done on her abdomen and derriere at Doda’s urging shortly before the couple married on February 24, 2003.

Doda, the spokesman for the couple, had told a Brazilian magazine that most of the couple’s time was spent training. Athina like to keep a low profile. She has played down her Greek heritage and Onassis name so much that the Aristotle Onassis Foundation refused to have her on its board. They said she “has no connection with our culture, our religion, our language or our shared experience, and who never went to college or worked a day in her life.”

There are rumors, however, that in recent years she has had a change of heart and is even learning Greek. Onassis wants to represent Greece at the Olympics in Rio de Janeiro.