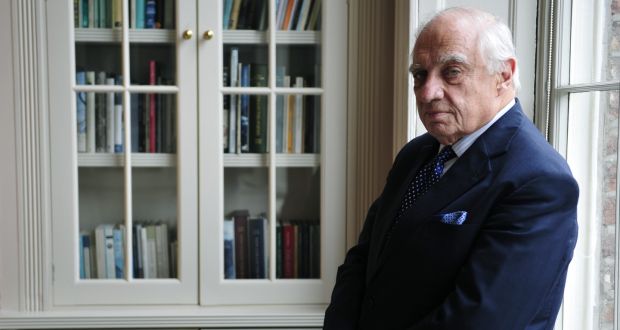 The course of the implementation of EU-Turkey agreement and the European Migration and Asylum policy dominated Prime Minister Alexis Tsipras’ meeting with UN Special Representative of the Secretary General for International Migration Peter Sutherland on Thursday at Maximos Mansion, the government’s headquarters.
“On behalf of the United Nations, I would like to express my gratitude to Greece for all the work it has done and is continuing to do until now to handle the refugee crisis,” Sutherland said. Tsipras and Sutherland stressed the importance of solidarity among EU member states and of the immediate and complete implementation of the relocation and resettlement mechanisms.
During a brief discussion before the cameras, Sutherland said that the “collapse of the Schengen Treaty is an economic disaster and a disaster for the European Union, so the United Nations consider that there should be greater commitment on a local and global level for responsibility sharing.”
“You come at a crucial time though we are in an improved position compared with two months ago,” Tsipras said. “The good thing is that there is now an agreement that the government hopes will remain,” he added, referring to the EU-Turkey deal.
“We still need your assistance and cooperation. We have nearly 56,000 refugees trapped in Greece and we want to provide them with assistance and facilities and the prospect that they will at some time join the relocation program in order to reach their destinations,” the prime minister said.

Sutherland recognized the Greek authorities and the citizens’ efforts for the humane and effective management of the crisis and said that the UN is at Greece’s disposal to assume an active role in its management.|
Finally, both parties agreed that the international community should show determination in seeking a political solution to the conflict in Syria.
(Source: ANA-MPA)