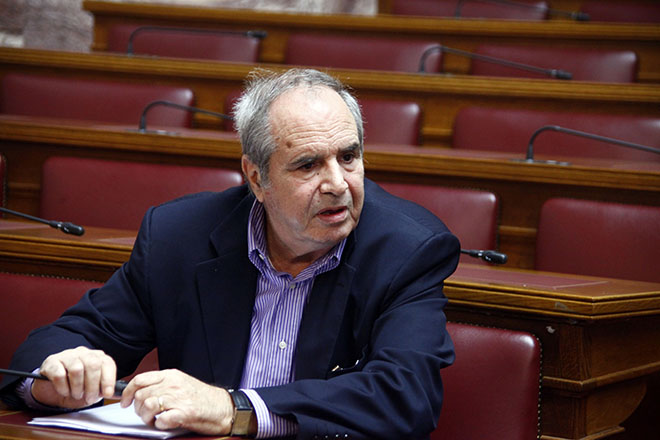 The SYRIZA-ANEL coalition government took a bad internal loss this Thursday.
Following the resignation of Gavriil Sakerllaridis from his SYRIZA MP post, SYRIZA MP Stathis Panagoulis and ANEL MP Nikos Nikolopoulos were removed from their parties for respectively abstaining and voting against the set of prior actions that the Greek government tabled to the parliament, on Thursday evening.
Panagoulis explained his decision in a letter that he circulated prior to his removal, noting that while he has voted on tough measures so far to keep the country in the European Union and to prevent the eruption of chaos, he cannot vote on this bill due to the reforms on foreclosures.
“I refuse to leave indebted toilers out on the streets and to leave them at the mercy of the bankers, who became rich during the corruption years,” his letter notes.
The Greek government and creditors agreed on a new policy that protects around 25% of current debtors from foreclosures on their primary residences. These include the poor and the unemployed.
In the letter Panagoulis notes that he will keep supporting Greek Prime Minister Alexis Tsipras in his efforts.
Nikolopoulos had revealed he would abstain from Thursday’s vote and had been asked to resign by ANEL leader Panos Kammneos. Nikolopoulos ultimately voted against the legislation and has refused to give up his seat in the parliament.
These two removals mean that the government now stands at 153 MPs, with 151 being the required minimum.